The Philippine economy: no longer the East Asian exception? 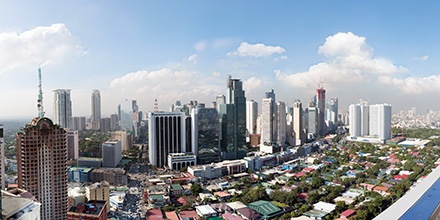 This seminar is a joint seminar with the Arndt-Corden Department of Economics and the Philippines Project.

The Philippines has been one of the fastest growing economies in the world since 2010. Since the 1990s it has rejoined the Southeast Asian mainstream: over the period 1999-2014, its economy has grown at an annual average rate of 5 per cent, close to the ASEAN average of 5.4 per cent and slightly faster than its traditional comparator, Thailand (4.2 per cent). Over the longer term, however, its growth has been less impressive. Over the past half-century, per capita incomes in East Asia’s high growth economies have risen by 10-fold and more, whereas in Philippines the increase has been less than three-fold.

The central development question is therefore whether the current momentum can be maintained. This presentation, drawing on a recently completed, policy-oriented volume featuring leading scholars from the country, addresses this question by examining several of the country’s key development policy issues. These include education, health, poverty, governance, finance, energy, environment, urbanisation and infrastructure. The policy approaches to these development challenges will have a significant bearing on the country’s socio-economic future.

Hal Hill is the H W Arndt Professor Emeritus of Southeast Asian Economies at ANU. He has worked on these economies, including the Philippines, for several decades. With Arsenio Balisacan, he co-edited an earlier volume, The Philippine Economy, Oxford University Press, 2003.