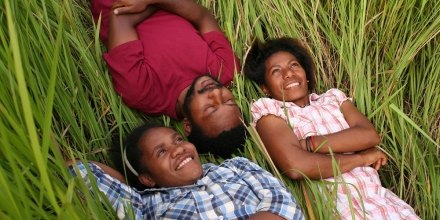 Aliko and Ambai is a new feature film from Papua New Guinea that takes its audience into the world of two young women navigating the hurdles of poverty, violence, forced marriage and abuse as they endeavour to build a future for themselves.

The film was produced by the Centre for Social and Creative Media at the University of Goroka.

Both the production project and the film have the aim of inspiring young people to overcome the obstacles in their lives and persevere to reach their goals.

The screening will be followed by a Q&A with Assistant Producer, Theresa Meki.

The film screening is presented as part of the Development Policy Centre’s PNG Project, which receives funding from the Australian Aid Program through the Pacific Governance and Leadership Precinct._

Places are limited so please make sure you register for this event.