2018 Mitchell Oration - Reengineering the aid industry: a priority for the 21st century 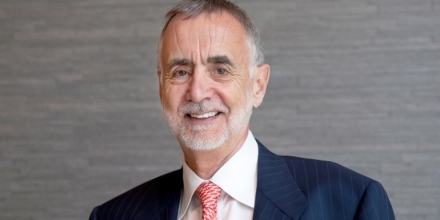 From 2002 to 2007, Sir Richard served as founding Executive Director of the Global Fund to Fight AIDS, Tuberculosis and Malaria, and Under Secretary General of the United Nations. From 1995 until 1999, he was Director for Health, Nutrition and Population at the World Bank. Previously, he was Dean of the London School of Hygiene and Tropical Medicine.

The Mitchell Oration series, of which this is the sixth, has been created to provide a forum at which the most pressing development issues can be addressed by the best minds and most influential practitioners of our time.

This lecture was presented by the Development Policy Centre at Crawford School of Public Policy, with generous support from the Harold Mitchell Foundation.

Watch the video of this event.