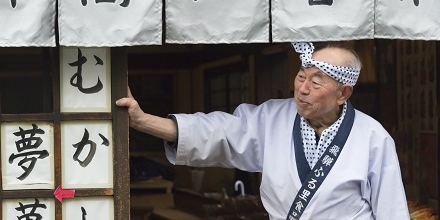 Peak Japan is the sixth Japan Update since the series was established in 2013.

The Update is the flagship conference of the Australia-Japan Research Centre (AJRC) in Crawford School of Public Policy, and the Japan Institute at The Australian National University. Bringing together experts from Australia, Japan and around the region, the Update provides a comprehensive overview of Japan’s current economic and political landscape, gives an ‘update’ on the country’s recent developments and forecasts its future directions. The 2018 Update will focus on Japan’s economy, politics and international relations, and demography.

A number of distinguished and prominent scholars will share their insights and latest research on Japan, including:

Take a look at previous Updates, podcasts and speakers via the links below.

The Japan Update 2018 is supported by the Australia-Japan Foundation of the Department of Foreign Affairs and Trade; the Japan Foundation, Sydney; and the ANU College of Asia and the Pacific.