2018 Indonesia Update. Contentious belonging: the place of minorities in Indonesia 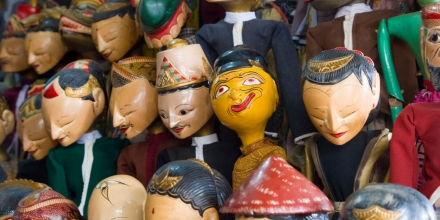 The status of minorities throughout Indonesian history has always been a matter of contention. Two broad polarities have been evident: one inclusive of minorities, regarding them as part of the nation’s rich complexity and a manifestation of its ‘unity in diversity’ motto; the other exclusive, viewing with suspicion or disdain those communities or groups that differed from the perceived majority, whether because of ethnicity, sexual orientation, religion or disability. State and community attitudes towards tolerance or inclusion of minorities have fluctuated over time. Some periods have been notable for the acceptance of minorities and protection of their rights, while others have been marked by violence and discrimination against at least some minorities.

Indonesia’s treatment of minorities over the past decade has become increasingly controversial. While successive Indonesian governments have projected to the world an image of their nation as tolerant and harmonious, domestic and international human rights groups have sharply criticized what they see as worsening attacks on the status and freedom of minorities, especially the Chinese and LGBTI communities and so-called ‘deviant’ religious sects.

This conference will explore historical and contemporary dimensions of Indonesia’s minority communities, discourses about minorities and the shifting attitudes towards them. Particular attention will be given to questions of religion, gender, sexuality, disability and the law.

The conference is free of charge

ANU Indonesia Project wishes to thank The Australian National University and the Australian Government Department of Foreign Affairs and Trade for their substantial and continuing support.