Land governance and rural transitions in Southeast Asia and the Pacific 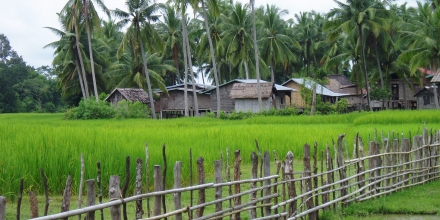 Professor Emeritus Ben White and others

In the fast-developing and urbanising countries of Southeast Asia and the Pacific, questions over the governance and distribution of rural land and forests have not faded, but rather remain central to agrarian concerns. Marking the continued salience of the ‘agrarian question of land’, critical scholars are breaking new ground on a series of key debates, involving capital accumulation versus peasant dispossession, formal land registration versus informal tenure, generational ties to the family farm versus youth labour migration, and the ongoing salience of Polanyi’s ‘double movement’ between market commodification and social embeddedness. Other recent innovations consider concepts such as territory and fragmented sovereignties, the surprising persistence of smallholder farming, and the relationship between land formalisation, state formation, and geopolitical security.

Given the complexity and specificity of national legal and policy frameworks, researchers have understandably tended to pursue land questions within their respective primary countries of focus. This workshop will seek to extend such work, through facilitating systematic comparisons on land governance and agrarian change between countries in Southeast Asia and the Pacific.

The aims of the workshop are to build an improved comparative understanding of: (i) how new tenure reforms are being conceived and pursued in the Asia-Pacific, (ii) how processes of land enclosure and resistance are unfolding, (iii) how ideologies of indigenous, customary land ownership, smallholder and individual title are being deployed and with what outcomes, and (iv) how state policy makers, donors, social movements and communities are responding to pressing rural land governance questions. Our objective is to understand the similarities and contrasts, and to identify key patterns characteristic of land transitions across the Asia Pacific region.

Ben White (BA 1968 Oxford University, PhD 1976 Columbia University) is Emeritus Professor of Rural Sociology at the International Institute of Social Studies, The Hague. He has been involved in research in Indonesia since the early 1970s, with special focus on agrarian studies and the history and anthropology of childhood and youth. He was a founder member of the Land Deals Politics Initiative and more recently the Emancipatory Rural Politics Initiative.

Please register for this workshop through the link provided.