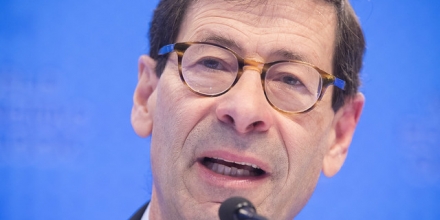 In 1969, Harry G. Johnson, professor at the University of Chicago and London School of Economics, published a polemical brief in favor of exchange-rate flexibility, “The Case for Flexible Exchange Rates, 1969.” Johnson’s title alluded to Milton Friedman’s celebrated original essay (written in 1950), which advocated floating exchange rates as a way to break the convertibility logjam then impeding the liberalization of world trade and payments. While the Bretton Woods system had worked reasonably well in restoring the global economy in the 1950s and 1960s, by the late 1960s it was facing evident strains, strains being felt especially acutely in the United Kingdom after the 1967 sterling devaluation. Within four years of Johnson’s essay, those strains had pushed the industrial economies to a network of floating rates. Notwithstanding the durability of the resulting “non-system,” the economics profession continues to study the efficacy of exchange-rate flexibility. This lecture will evaluate the nearly five decades of exchange-rate flexibility since 1973 through the prism of both Johnson’s claims and economists’ theories.

Maurice Obstfeld is the Class of 1958 Professor of Economics at the University of California, Berkeley. He has had a distinguished career in international macroeconomics and monetary policy, and has co-authored two leading textbooks on international economics, as well as more than 100 research articles on exchange rates, international financial crises, global capital markets, and monetary policy. Up until the end of 2018, he was the Economic Counsellor and Director of Research at the International Monetary Fund, a position he held for more than 3 years. He has also served as a Member of President Obama’s Council of Economic Advisers (2014-2015) and as an honorary advisor to the Bank of Japan’s Institute of Monetary and Economic Studies (2002-2014). He is a Fellow of the Econometric Society and the American Academy of Arts and Sciences, and has served on both the Executive Committee and as Vice President of the American Economic Association. He has consulted and taught at the IMF and numerous central banks around the world.

Among Dr. Obstfeld’s honours are Tilburg University’s Tjalling Koopmans Asset Award, the John von Neumann Award of the Rajk Laszlo College of Advanced Studies (Budapest), and the Kiel Institute’s Bernhard Harms Prize. He has given a number distinguished lectures, including the American Economic Association’s annual Richard T. Ely Lecture, the L. K. Jha Memorial Lecture of the Reserve Bank of India, and the Frank Graham Memorial Lecture at Princeton.