Home » News and events » Events » From muddy boots to business class: to the emergency frontlines and back

From muddy boots to business class: to the emergency frontlines and back 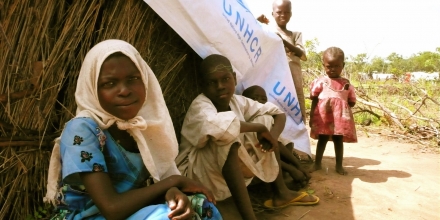 The now-iconic image of three-year-old Aylan Kurdi’s body washed up on a beach in Turkey in September 2015 sparked a public outcry and turned global attention to Europe’s refugee emergency. In 2017, the image of Aylan was replaced with that of a one-year-old Rohingya boy’s lifeless body lying on the muddy shores of Naf river along the Bangladesh-Myanmar border. In 2018, a two-year-old Honduran girl’s image that captured her fear and anguish as her mother was searched near the United States-Mexico border replaced this little boy, whose name we will never know.

While these children have been quickly left unremembered, the recurrent multilayered yet somehow homogeneous narrative of a very large number of children displaced, missing, and dead invokes anxiety, demands our attention and underlines a central problem – we simply do not know enough about the dynamics and complexities of children and young people on the migration pathway. There are a lot of assumptions about children’s displacement but not enough research-informed understanding of this phenomenon.

How can we make sense of such constructions of innocence and vulnerability and the contradictory state practices and strategies that exacerbate protection risks? This presentation provides insights from three recent global emergencies, and reflects on how evidence-based research and learning from experience can be used to strengthen global protection mechanisms.

Bina D’Costa is Associate Professor at the Department of International Relations, Coral Bell School of Asia-Pacific Affairs at the Australian National University. She is also the school’s Deputy Director - Education. At the height of Europe’s refugee emergency, she moved to UNICEF Office of Research-Innocenti as its senior migration and displacement research specialist to build its Migration and Displacement program (2016-2018). She has undertaken research projects on environmental displacement and complex emergencies in Southwest Bangladesh; ‘children ‘on the move’ and global protection systems in the EU, East Africa, the Horn of Africa, and South Asia; and the Rohingya emergency response on the Bangladesh-Burma/Myanmar border. Her new research project focuses on global protection systems and south-south cooperation. Bina is the author of seven books including Children and the Politics of Violence in South Asia (CUP). Bina has also served as the Asia Rapporteur for the Asia-Europe 55 member states ASEM global meeting on Children and Human Rights in 2017.