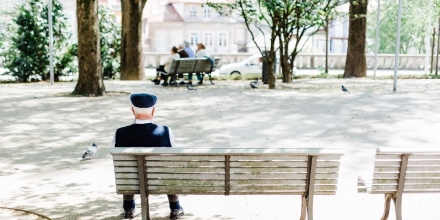 The paper presented in this seminar investigates the macroeconomic implications of demographic changes when households have age-dependent increasing risk aversion in future utility. Specifically, the paper incorporates age-dependent increasing risk aversion and monotonic risk-sensitive preferences used in Hansen & Sargent (1995) into a 12-generation discrete-time OLG model with undiversifiable income risk. The result is contrasted with time-additive preferences to provide insights into the behaviour of life-cycle and aggregate macroeconomic variables.

This study shows that age-dependent risk aversion changes the dynamics of the OLG model, which can be explained by varying degrees of amplification between the effects of reweighting of cohorts and life-cycle redistribution. When compared to the case of time-additive preferences, the amplification of risk-sensitive preferences dampens adverse reactions while strengthening positive responses of aggregate macroeconomic variables including savings, consumption, labour supply, and output under a population expansion scenario. By symmetry, the opposite is true for an ageing population scenario. The result found by the study also suggests a significant difference in welfare impacts as risk-sensitive agents take into account future uncertainties when they measure welfare changes. In particular, when the population is growing, the result suggests that risk-sensitive household welfare improves more during the initial transition but less in the medium-to-long run due to the dynamics of future uncertainties.

Phitawat Poonpolkul is a PhD candidate in economics at the Centre of Applied Macroeconomics Analysis (CAMA) in Crawford School of Public Policy. He is also a research student affiliated with the ARC Centre of Excellence in Population Ageing Research (CEPAR). His primary research interests are in macroeconomics and demographic changes.

The CAMA Macroeconomics Brown Bag Seminars offer CAMA speakers, in particular PhD students, an opportunity to present their work in progress in front of their peers, and reputable visitors to showcase their work.