Survey of recent developments in Indonesia 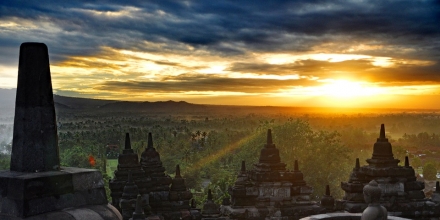 This seminar will preview the authors’ forthcoming article ‘Survey of recent developments in Indonesia’ in the journal Bulletin of Indonesian Economic Studies, Volume 56 No. 1, April 2020.

Setting up the foundation for future growth acceleration?

Going into his last Presidential term (2019-2024), there is a high hope that Jokowi will be all-out pushing further structural reforms. The president himself wants to leave his legacy for not only building infrastructure but also catapulting Indonesia to high-income status by 2045. In his inauguration speech, Jokowi explicitly mentioned his target to bring Indonesia to the fifth world’s largest economy by its 100th anniversary. To get there, developing highly skilled human resources and creating capable, clean and efficient government institutions is a must.

Achieving all these may not be a simple task as the country is currently struggling to grow beyond 5 per cent a year and is faced with rising global economic uncertainties. There is a high expectation that the president can be bolder in pushing reforms as he does not have to worry about re-running for the election. But is this expectation reasonable given the existing political system and its possible resistance? Can Jokowi push for his development agenda while his political coalitions know that he will no longer run in the 2024 election? How will he navigate among many vested interests and what kind of compromises that need to be made? All those issues will determine how Jokowi’s second term will unfold.

This survey examines the recent development in Indonesia with a special focus on the period after the cabinet announcement. It examines the macroeconomic trends, highlighting the recent internal and external conditions that highlight some of the main macroeconomic challenges facing the country. It also looks at the new cabinet composition, specifically key economic ministers; their main economic agendas and programs; and the resulting challenges posed to achieving the high-income status in 2045.