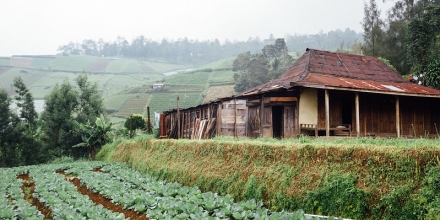 Traditionally, a major role of agriculture in Asia was to produce enough staple foods for food security through intensification of farming system. Today, however, agriculture is expected to contribute to multiple development goals. First, since wage rate has been increasing in high-performing Asian countries, including Indonesia, farm size expansion to introduce labor-saving mechanization must be promoted to reduce production cost, particularly in rice farming. Second, considering increasing demand for palm oil and global concern with decreasing forest environment, achieving intensification of oil palm production without extensification is an urgent issue. Third, responding to increasing demand for high-value agricultural products (HVPs), such as fresh fruits and vegetables, for better nutrition and health, agricultural resources must be shifted to the production of these products. Fourth, considering that urban areas are excessively congested, rural areas must provide increased employment opportunities by promoting rural industrialization. Based on the literature review, this article proposes strategies (1) to maintain comparative advantage in rice farming, (2) to intensify oil palm production in a sustainable fashion, (3) to increase production of HVPs, and (4) to promote rural industrialization simultaneously in the context of Indonesia.

About the Sadli Lecture series Since 2007, LPEM FEB UI and the ANU Indonesia Project have jointly organized the annual Sadli Lecture series to broaden understanding and stimulate debate among students, academics and policy makers of the key economic policy challenges faced by Indonesia, drawing on the experience of neighbouring countries. It is named in honour of the late Professor Mohammad Sadli who was one of Indonesia’s most influential commentators on economic affairs during his lifetime. The annual Lecture is based on a commissioned paper on Indonesia in comparative economic perspective, published each year in the August edition of the Bulletin of Indonesian Economic Studies.