Home » News and events » Events » What happens when employers can no longer discriminate in job ads?

What happens when employers can no longer discriminate in job ads? 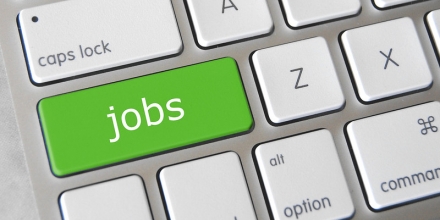 Register for this event

Please register your attendance at the registration tab, and the Zoom invitation is available in the ‘downloads’ tab above.

When employers’ explicit gender requests were unexpectedly removed from a Chinese job board overnight, pools of successful applicants became more integrated: women’s (men’s) share of call-backs to jobs that had requested men (women) rose by 63 (146) percent. The removal ‘worked’ in this sense because it generated a large increase in gender-mismatched applications, and because those applications were treated surprisingly well by employers. The removal had little or no effect on aggregate matching frictions. The job titles that were integrated however, were not the most gendered ones, and were disproportionately lower-wage jobs.

Kailing Shen is an Associate Professor at the Research School of Economics of the Australian National University. She joined ANU in 2015. Before that, she was with Xiamen University in China. Kailing has also been appointed as research fellow of IZA since 2007. Kailing received her PhD from the University of British Columbia in 2006. Her doctoral thesis examines the impact of unemployment insurance on employment stability and reemployment wages using a multi-spell multi-state duration model. Her research focuses on empirical analysis of the labour market. So far, her research has covered a wide spectrum of issues, including unemployment insurance, job search and matching, discrimination, gender differentials, income inequality, education, migration, aging as well as within-household behaviour. For the last ten years, she has mainly been working with online job board data.