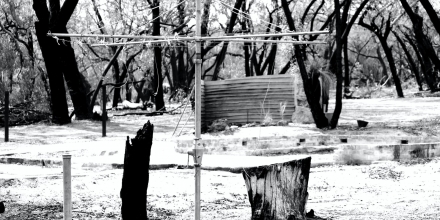 For decades, Australia has been one of the countries that keep battling bushfires. The recent bushfire season in 2020 has burnt millions of hectares and led to billions of economic losses. Worse than the direct damage caused by the bushfire might be the immeasurable hidden cost on people’s life driven by these pollutants discharged into the air every season and their potential long-term effects. With rich satellite image data and multiple longitudinal survey data, this project makes an attempt to provide a holistic snapshot on the causal relationship between prenatal exposure to bushfire, birth outcomes and early child development. My findings indicate that exposing to bushfire in-utero leads to statistically significant decrease in birth weight measured in level and increase in the occurrence of low birth weight. The effect mainly comes from the exposure in the second trimester during pregnancy. Exposing to bushfire prior to conception leads to significant lower probability of male birth, and the effect is most significant for the exposure during 1- 13 weeks prior to conception. Examination on effect heterogeneity indicates that the effect is not driven by residents of remote areas. Further investigation on the long-run effect of in-utero exposure to bushfire on early child development suggests its strong linkage to children’s mental health problems.

A Zoom link will be provided once you register for this event.