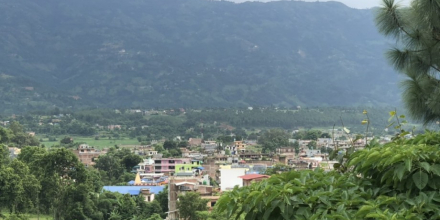 “This hybrid seminar is jointly presented by the Crawford School of Public Policy Resources, Environment and Development (RE&D) Research Notes seminar series and the Fenner School of Environment & Society.

Globally, community-based natural resources management has become a key strategy for achieving environmental sustainability and human wellbeing. However, a growing body of research shows that community-based approaches are experiencing formidable challenges, with reported outcomes far too less than expected. Notwithstanding this, both the scholarly research and policy responses tend to overlook the rapid transformation that is happening within and around the community, and its implications on environmental governance.

Drawing on the speaker’s two decades of policy-engaged research on Nepal’s community forestry development, this seminar first demonstrates the dynamics of delocalisation of forest user communities in Nepal, and then shows how this transformative change has rendered conventional community forestry institutions obsolete. Adapting Bourdieu’s theory of social ﬁeld and using the analytical lens of critical political economy, it illustrates the dynamics of delocalisation in the ways in which Nepalese rural communities transitioning from traditional forest and agriculture-based livelihoods to a variety of cross-scale processes including migration, feminisation of the agriculture and rural economy, livelihoods diversification, entrepreneurship development, industrial employment, civil society networking, and political mobilisations.

The seminar then mobilises the concept of delocalisation to suggest a conceptual shift in community-based environmental management. Included in the discussion will be possible policy shifts such as the need to recognise cross-scale networks as an essential element in institutional design, the need to move from place-based institutional arrangement to cross-scalar network governance and cross-sectoral network governance. Finally, the speaker highlights the role played by locally engaged critical action intellectuals to understand the dynamics of delocalisation and facilitate crucial policy shifts.

About the presenter Dr Hemant R Ojha works partly as an Associate Professor for the University of Canberra and partly as the Principal Advisor for Sydney-based Institute for Study and Development Worldwide (IFSD). Hemant spent his early career in Nepal as an activist researcher in the peak years of community forestry development in Nepal in 90s through 2012. His critical policy analysis and action research has greatly influenced the development of Nepal’s community forestry system, which is seen as one of the few global successes in community-based environmental management. He has been the leadingco-founder of two well-known research organisations in Nepal – ForestAction Nepal in 2000 and Southasia Institute of Advanced Studies (SIAS) in 2011.

He has also served as a lead author for several international environmental assessments, including a recent Himalayan regional assessment of environmental governance, supported by multiple OECD members. In his current action research supported by Australian Centre for International Agricultural Research, Swedish Research Council and other funders, he is developing Policy Lab methodologies for fostering co-production of science, policy, and practice in water and agri-food sectors for various contexts. He has advised and consulted for programs of several international development agencies including Australian DFAT, the UK DFID, Canadian IDRC, USAID, Norwegian NORAD, Finish FINNIDA, and research agencies of Denmark, Canada, and the UK.