Environmental implications of land-related policies in a decentralised Indonesia 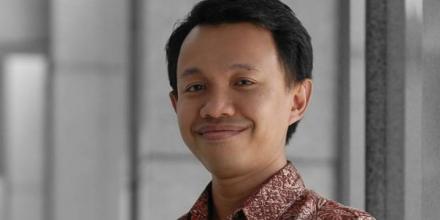 More than a decade ago, Indonesia, a diverse archipelago rich in natural resources, began to adopt a strongly decentralised political and fiscal system. Significant powers are now at the district level, including over land use and forest management. Under the Suhartos’ New Order, centralised policies and programs, particularly those that are land-related, had boosted not only economic growth but also environmental degradation, such as deforestation and the conversion of peat-lands.

A change into a decentralised government system, therefore, is expected to deliver a more efficient, effective and responsive mode of government, including in the management of forests and land, which in turn significantly reduces deforestation and the country’s carbon emissions. To date, however, decentralisation has also been alleged to lead to continuous deforestation.

This PhD study investigates whether decentralisation, by using local land-related policies as a key variable, has affected forest cover change. Also, this study examines the determining factors of such policies. To do this, the study quantitatively analyses more than 7,000 local land-related policies in approximately 300 districts in the period of 1990-2009, and examines whether there is relationship between policies and deforestation. Other relevant variables, such as the current fiscally decentralised system, are also assessed.

Fitrian Ardiansyah has over sixteen years’ experience in the fields of forest and land management, climate change, and energy. He has received Australian Leadership and Allison Sudradjat Awards from the Government of Australia. He is also Acting Executive Director of Pelangi Indonesia, a not for profit think-tank focusing on climate change and the environment. Fitrian actively contributes as a commentator to public discourse on forest, climate change and energy issues. He was the lead author of the Indonesian National Council on Climate Change’s policy paper on Indonesia’s Economic Development and Its Climate Change Challenges, and co-author of the Indonesian president’s policy paper for the UN High Level Panel of Eminent Persons on Post-2015 Development Agenda. He was program director for climate and energy at WWF-Indonesia, an expert member of the Indonesia Forest Climate Alliance (IFCA), a member of the Indonesian Official Delegates to the United Nations Framework Convention on Climate Change (UNFCCC), and an executive board member of the Roundtable on Sustainable Palm Oil (RSPO). His profile and previous publications can be accessed at http://fitrianardiansyah.com.

This seminar is presented by the Resources, Environment and Development Group and the Centre for Climate Economics and Policy at Crawford School of Public Policy, The Australian National University.