Home » News and events » Events » The budget deficit debate and book launch - Gittins: A Life Among Budgets, Bulldust and Bastardry

The budget deficit debate and book launch - Gittins: A Life Among Budgets, Bulldust and Bastardry 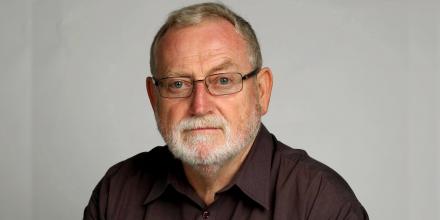 Budget deficits, budget surpluses, school buses to Centrelink: what are the real economic, political and social policy issues? Join us for a lively public discussion on the multiple dimensions of the 2015 Federal Budget and have the questions you want answered - but have always been too confused to ask!

Our informed, experienced and outspoken panel will feature:

Following the people’s right of reply, join Bruce Chapman, Bob Gregory and Ross Gittins in an exclusive Canberra-based launch of Gittins: A Life Among Budgets, Bulldust and Bastardry by Ross Gittins, published by Allen & Unwin (May 2015).

For 40 years Ross Gittins has had a ringside seat as the Australian economy has gone through radical change. He’s covered 40 budgets and 16 elections and watched 13 treasurers and eight prime ministers wrestle with boom and recession, debts and deficits.

Ross is the Economics Editor of The Sydney Morning Herald and an Economic Columnist for The Age. He is a winner of the Citibank Pan Asia award for excellence in financial journalism and has been a Nuffield Press fellow at Wolfson College, Cambridge, and a journalist-in-residence at the Department of Economics at the University of Melbourne. Ross is frequently called upon to comment on the economic issues of the day and has written and contributed to many books and periodicals. His most recent books are Gittins’ Gospel, Gittinomics and The Happy Economist.

Copies of the book will be available for purchasing and signing at this event. The first 20 purchases will come with a free copy of another of Ross’ books, Australia Compared.

This event is presented by the ACT Branch of the Economic Society of Australia, Crawford School of Public Policy, and the Research School of Economics at The Australia National University.