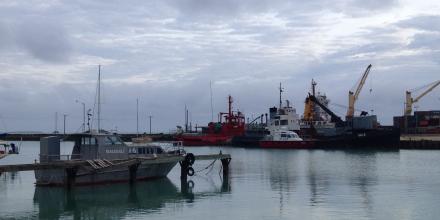 How can Pacific island economies, including those of Papua New Guinea and Timor-Leste, tap into projected growth in Asia? How can economic and financial integration between Asia and the Pacific be expanded to benefit both regions?

Dr Christopher Edmonds is the Senior Economist in the Pacific Department at ADB, where he manages much of the Department’s economics research, including acting as Editor-in-Chief for the Department’s flagship publication, the Pacific Economic Monitor. He is also responsible for managing ADB’s work on a number of technical assistance projects in the Pacific Region—including acting as chair of ADB’s Impact Evaluation Committee — and joins project teams preparing ADB loan and grant projects.

Dr Matthias Helble joined the Asian Development Bank Institute (ADBI) as a Research Fellow in August 2013. His research interests include international trade, health, environment, and urban economics. His work has been published in flagship reports of international organisations such as the World Trade Organization’s World Trade Report, as well as in numerous books and scientific journals, including the Review of World Economics, Kyklos, Journal of World Trade, World Economy, Health & Place, and the Bulletin of the World Health Organization.

This public seminar was presented by the Development Policy Centre at Crawford School of Public Policy, The Australian National University.