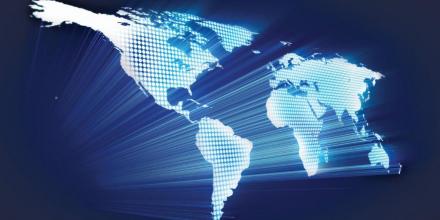 International concern over China’s assertive island-building campaign in the South China Sea overlooks a broader shift in its maritime security conduct. Beijing now advocates confidence-building measures that until recently it had refused to consider, which is helping to lower the risks of maritime incidents, miscalculations and accidental conflict.

However, they are also facilitating China’s increasingly ‘passive assertive’ challenges to Asia’s maritime status quo – notably, its creation and militarisation of disputed islands, its establishment of new zones of military authority, and its conduct of expansive patrols in the East and South China Seas.

In a new Lowy Institute Report supported by the MacArthur Foundation the authors, Ashley Townshend and Rory Medcalf, argue that these actions represent a long-term strategic challenge to the regional order. This requires a multidimensional, coordinated and international effort to impose costs on Beijing and offer incentives linked to its reputational, economic, and strategic interests.

Professor Rory Medcalf has been Head of the National Security College at The Australian National University since January 2015. He has more than two decades of experience across diplomacy, intelligence analysis, think tanks and journalism. He was the Director of the International Security Program at the Lowy Institute from 2007 to 2015. Prior to that, Professor Medcalf was a senior strategic analyst with the Office of National Assessments.
His experience as an Australian diplomat included a posting to New Delhi, a secondment to the Japanese Ministry of Foreign Affairs, truce monitoring after the civil conflict in Bougainville and policy development on Asian security institutions. He has contributed to three landmark reports on nuclear arms control. His earlier work in journalism was commended in Australia’s leading media awards, the Walkleys. He sat on the expert panel providing advice on the 2016 Defence White Paper. Professor Medcalf has played a significant role in relations with India, and is founder and co-chair of the Australia India Policy Forum, an informal bilateral dialogue.

Ashley Townshend is a Research Fellow at the United States Studies Centre at the University of Sydney and a Visiting Fellow at the Center for Asia-Pacific Cooperation and Governance at Fudan University, Shanghai. He was a Research Associate in the International Security Program at the Lowy Institute for International Policy from 2010 to 2012, and Guest Lecturer and Senior Tutor in International Relations at the University of Sydney between 2008 and 2013. Mr Townshend has been a Visiting Fellow at the Strategic and Defence Studies Centre at ANU, an Instructor for the Warrior-Scholar Project at Yale University, and a Visiting Student at Peking University. His research covers international security and strategic affairs with a focus on China, Northeast Asia and the Indo-Pacific region, including the evolution of America’s regional alliances and partnerships.

Dr Euan Graham, joining the panel as a discussant, is Director of the International Security Program at the Lowy Institute. Euan has been a close observer of East Asian security affairs for more than twenty years, in academia, the private sector, and for the British Government. Euan joins the Institute from the S Rajaratnam School of International Studies in Singapore where he was a Senior Fellow specialising in maritime issues. Prior to this he was a research analyst in the UK Foreign and Commonwealth Office, and served as Chargé d’Affaires at the British Embassy in Pyongyang. Euan’s research interests include maritime disputes in the East and South China Seas, nuclear proliferation, the US rebalance to Asia and defence diplomacy. His book Japan’s Sea Lane Security 1940–2004: A Matter of Life and Death? (Routledge) was the first comprehensive English-language analysis on this subject. Euan obtained his PhD from The Australian National University in 2003. He remains an Associate Fellow at the UK Royal United Services Institute.

A light lunch will be served from noon