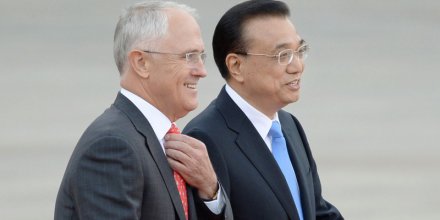 The ACJER is the first major independent joint study of the bilateral relationship that has proceeded with the blessing of both governments and support from both sides. Prior to the Canberra launch, the report will be presented to both the Australian Prime Minister and the Chinese Premier.

The Canberra launch will feature speeches from senior Government and Opposition parliamentarians, and a high-level panel discussion on Australia-China economic relations with Australian and Chinese experts who advised the report.

The ACJER is the product of an ongoing process of collaboration between EABER at the ANU and the China Center for International Economic Exchanges (CCIEE) under China’s National Development and Reform Commission (NDRC).

The study is an independent policy report authored by leading researchers in both Australia and China. It draws policy conclusions to guide the development of bilateral economic relations over the next decade.

The speakers at the event will include:

Dr John Hewson AM, Honorary Professorial Fellow at Crawford School of Public Policy; formerly Federal Opposition Leader and leader of the Liberal Party of Australia from 1990-1994.

Dr He Fan, Chief Economist of the Chongyang Institute of Finance, Renmin University of China; formerly Deputy Director of the Institute of World Economics and Politics, Chinese Academy of Social Sciences; and Expert Adviser to the Australia-China Joint Economic Report.

His Excellency Cheng Jingye, Ambassador Extraordinary and Plenipotentiary of the People’s Republic of China to the Commonwealth of Australia.

The event will be moderated by Allan Gyngell, Professorial Fellow at Crawford School of Public Policy; formerly Director-General of the Office of National Assessments; and Expert Adviser to the Australia-China Joint Economic Report.