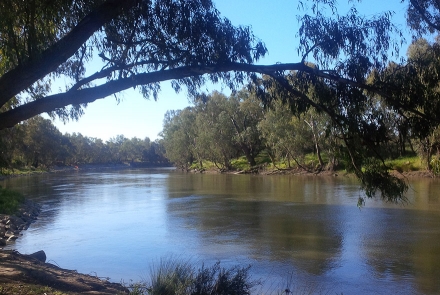 Basin experts call for action on the Murray-Darling

Experts sign a ‘Magna Carta’ of water
A call for a dedicated human water security fund.

A group of senior water scientists and economists from around Australia have called for urgent action to save the Murray-Darling Basin in a joint Declaration launched today.

The Murray-Darling Declaration – launched at the University of Adelaide - calls for three steps to fix the water reform for the Basin and its communities:

“Despite already spending more than $6 billion dollars in water recovery over the past decade, and with billions more still committed through irrigation on-farm and supply infrastructure, the scientists and economists who have signed this Declaration remain concerned that the proposed social, cultural, economic and environmental outcomes are not being achieved,” says Professor Sarah Wheeler, from the University of Adelaide’s Centre for Global Food and Resources.

Professor Quentin Grafton, Professor of Economics at Crawford School at The Australian National University, says: “The Declaration is about how to fix what is going wrong in the Basin. This is not about politics or about playing the ‘blame game’. It is about saying water reform is not delivering what it said it would for the Basin, its environment or its people – and saying how we solve it.”

“$4 billion has been spent on subsidies for irrigation infrastructure by governments over the past decade yet we do not have adequate measures of what this does to stream flows. Amazingly, despite allocating half a billion dollars in 2007 to upgrade water meters in the Basin, as much as 75 per cent of all surface water diversions in the northern part of the Basin may not be metered. This makes no sense. Taxpayers, the Basin and its people deserve much better.”

The 12 signatories to the declaration are leading experts on the Basin and who, collectively, have made major contributions to Basin research over many decades.

Background evidence on water recovery in the Murray-Darling Basin, used for the Declaration, is based on forthcoming peer-reviewed research in the Annual Review of Resource Economics.

The Declaration, with details of the current state of the Basin, can be found at www.murraydeclaration.org.