Free but not equal

In today’s neoliberal world freedom may be taking away our right to be treated equally, writes MARGARET THORNTON.

Why are women still under-represented on the nation's boards, underpaid by employers and under-recruited in job interviews, asks ALISON BOOTH.

What future for the minimum wage?

Policymakers need to take a long view and make some tough choices about the Australian minimum wage, writes ROB BRAY.

Australia needs to have a national conversation about the minimum wage, starting with breaking free from the short-term thinking of the annual negotiations, according to the author of a new report from the HC Coombs Policy Forum.

The future of Australian aid was in the spotlight at an international development conference attended by 10 ANU students.

How to fairly share and redistribute the money generated from reducing deforestation in Indonesia will be the subject of a new four-year $1.6 million research project to be led by Crawford School’s Professor Luca Tacconi.

Some of the key challenges facing policymakers and society will be tackled head-on at ANU Public Policy 2013, which begins at Crawford School on 5 June.

Policy makers need to count carbon ‘stocks’ in the land and sea alongside current reporting of greenhouse gas emissions in order to plan long-term responses to climate change, says a leading economist.

Crawford School senior lecturer Dr Ida Kubiszewski is to represent the Dominican Republic as part of the delegation at the upcoming COP19 climate change negotiations in Warsaw. 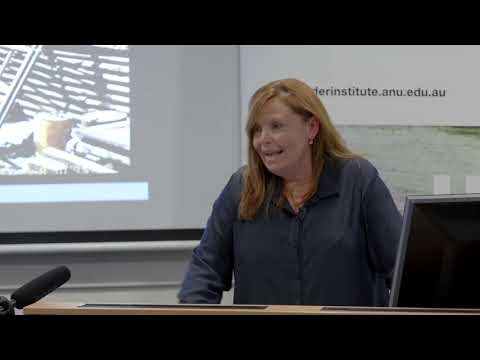