The Centre for Democratic Institutions (CDI) is Australia’s leading democracy promotion organisation, established by the Australian Government in 1998. CDI’s focus is on parliamentary governance and political parties, with special attention to the quality of electoral processes and the promotion of women’s representation. 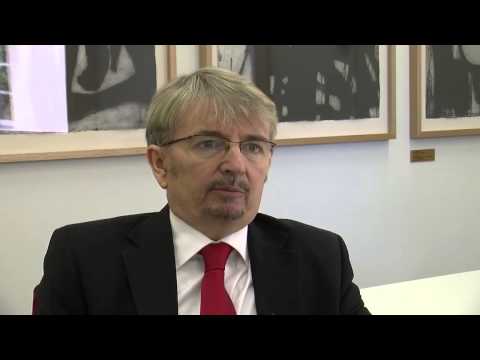 Dr Stephen Sherlock of the Centre for Democratic Institutions discusses his research on how decisions are made in Indonesia’s parliament.

Significant decisions in the Indonesian Parliament are being made in an undemocratic, disorganised and ill-disciplined way, according to a new study.

Dr Stephen Sherlock of the Centre for Democratic Institutions in the Crawford School of Public Policy, says that the public perception of Indonesia’s political parties ruling by iron hand over party members couldn’t be further from the truth. In fact, he says it is the Indonesian Parliament’s committees that are making the big decisions and doing so without proper debate and with a lack of transparency.

His paper, Made by committee and consensus: parties and policy in the Indonesian parliament, is published in the latest issue of South East Asia Research.

“There’s a common misconception about the role of political parties in the Indonesian parliament,” said Sherlock.

“There’s an idea that there is a very powerful discipline exercised by the central leadership of the political parties over their members in parliament.

“But my findings show that when we’re talking about the nitty gritty of policy discussion – the details of legislation, for example – then largely there’s a free for all. There is very little discipline exercised by the central party machine over their representatives in parliament.”

Sherlock added that this lack of control had potentially significant implications for Indonesian democracy.

“The implications of this are quite serious for the future of the Indonesian government because it means that basic questions about policy and legislation are not made in a systematic way. It has an affect on the quality of legislation and the capacity of the public to have a role and input in developing legislation.”

But even though his study found that committees are where significant decisions are being made, Sherlock says those committee processes are, themselves, in need of reform.

“What happens is there is a process that is supposedly one of consensus under which everybody is meant to agree.

“This is an extremely un-transparent process. It means nobody is actually accountable for those decisions. The parties can’t be held responsible for voting for or against a particular piece of legislation, and nobody knows what position was taken by individual members of parliament or party caucuses.

“It also means that individual members within the committee have no incentive to really seriously think about the issues that are in front of them. They don’t make the decisions, so why bother?”

Sherlock says that if the Indonesian political system is to get serious about reform, it needs to think about two things.

“Firstly, the parties need to take policy development much more seriously. And not just overall rhetorical policy positions, but they need to start looking at detail about what their position on particular pieces of legislation is. They also need to look at the procedures through which they coordinate between the party machine and the representatives in the parliament.

“All of that has to change because it’s a matter of the quality of legislation and it’s an issue of transparency. Individual members of the parliament, and parties, need to be held accountable for what they say and the positions they take in parliament,” he said.