Home » News and events » All stories » Policy Forum Pod: What do policymakers think of scientists? 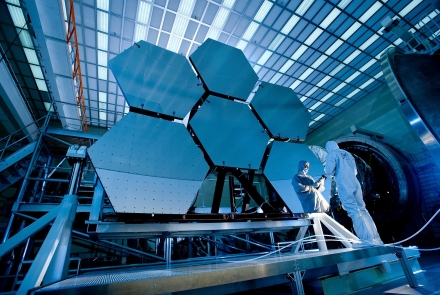 Image by WikiImages on Pixabay

Policy Forum Pod: What do policymakers think of scientists?

The fine art of policymaking
Learn to write the story from start to finish.

We heard from the scientists about how to give researchers more policy influence, now it’s time to hear from the other side. On this week’s Policy Forum Pod, Ian Chubb and Taimus Werner-Gibbings take a look at the political end of the science-policy pipeline.

Last month, our podcast to mark National Science Week in Australia took a look at how scientists can make themselves heard by policymakers. This week, we’re turning the tables. We hear from two senior figures in Australia’s policy-making process about what it’s like to be at the pointy end of policy creation and formulation, and receiving input – wanted and unwanted – from scientists. Hosts Bob Cotton and Sue Regan chat to Ian Chubb, former Chief Scientist of Australia, and Taimus Werner-Gibbings, Chief of Staff to Tasmanian Senator Lisa Singh. They discuss how to get evidence and data on the desk of a politician, the future of science in policymaking, and Ian’s personal story of putting his life in the hands of an experimental cancer treatment.

Ian Chubb has had a long and distinguished career as a neuroscientist and an academic. He has served as Vice-Chancellor of both Flinders University and the Australian National University, and has been made a Companion of the Order of Australia. He served as Australia’s Chief Scientist from 2011 to 2016, and was conspicuous in raising the public profile of science in the media.

Taimus Werner-Gibbings has worked for over a decade in the public service. He has been a Senior Policy Officer in the Department of the Environment, and a parliamentary staffer for both ministers and backbenchers, in government and in opposition. Taimus is currently Chief of Staff & Media Advisor to Lisa Singh, Senator for Tasmania.

We need magic, not misery, from the wizards of Aus – by Sharon Bessell

Podcast: Putting community engagement in the neighbourhood of good policy – with Paul Schmitz

Putting the ‘Indo’ in Indo-Pacific – by David Brewster

This episode of Policy Forum Pod was written and produced by Cherry Zheng, Nicky Lovegrove and Martyn Pearce. It was edited by Martyn Pearce and Edwina Landale.