Home » News and events » All stories » Is Australia prepared for the next GFC? 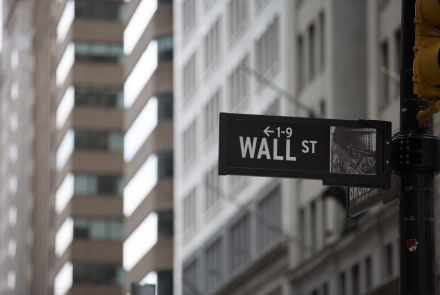 Is Australia prepared for the next GFC?

10 years on from the Global Financial Crisis, Australian policymakers still face a difficult choice between acting on what they know, or what they fear, Warwick McKibbin writes.

The 10th anniversary of the September 2008 events that heralded an unprecedented collapse of global financial markets has prompted many to look back. But what have we learnt in the past decade?

There has been a long period of low interest rates and a large build-up of public and private debt. The large Trump fiscal stimulus has generated a spurt in US economic activity. However, as interest rates rise, the distortions in the world economy built up over many years will begin the show signs of increasing stress.

The US housing market is not overextended in this financial cycle, but the US share market and other asset prices appear to be overvalued. On these high asset valuations has been built a huge tower of debt.

There are now many triggers that could ignite the next crisis including President Trump’s fiscal policy or a trade war.

The problem this time around is that many countries, including Australia, have not addressed the fundamental internal structural problems and these countries have used excessively loose monetary and fiscal policy in an attempt to sustain economic growth. Eventually, debt can only be a saviour for a slowly growing economy if the assets that are created with the debt lead to higher productivity growth.

This has not been the case globally.

With depleted fiscal positions, weak productivity growth, a populist backlash against an open global economy, and low but rising interest rates, the world is again vulnerable to a major financial crisis.

Back in September 2008, the Reserve Bank of Australia (RBA) was ready for a US adjustment at least two years before it happened.

When and how it would occur was uncertain, but the signs were clear.

The slow-motion unwinding of the US housing boom from 2006 at a time of exuberant equity markets had long been a cause of worry. Andy Stoeckel and I wrote a paper in mid-2006 on why the housing market collapse in the US could cause a recession.

This departed from the view at the RBA and in the US Federal Reserve Board that, because the value of housing assets at risk from a US housing crash would be relatively small compared to the size of the US economy, the effects on GDP would be minor.

We based our study on the analysis by Nouriel Roubini which we implemented in our global economic model. Roubini had worked with me in the 1980s on developing my global economic model as fellow PhD students at Harvard. I had a lot of respect for his views and decided to implement his scenario into our model.

I was surprised at how large the negative impact on US GDP of a housing crash was in our model, through the channels of falling equity markets and negative wealth effects on investment and consumption spending. Nonetheless, we did not appreciate the extent to which the exposure to the securitised debt obligations had created an enormous vulnerability in the global financial system.

The problems could be traced back to a number of US policy changes, but particularly the long period of low interest rates in the US from 2001 to 2004 which generated a search for higher-yielding assets by global investors. With the removal of regulatory oversights, securitised assets were created that somehow could take high-risk debt and package it into an apparently low-risk security.

Sitting on the RBA board from 2001 to 2011 was a fascinating experience. A major lesson I learnt was that, without the correct information, it is easy to ignore systemic vulnerabilities in an increasingly interdependent and complex global economy.

The staff at the RBA at the time, and today, are some of the best central bank economists in the world. They understood the risks in the global economy from US policy mistakes and kept the RBA Board fully informed as events unfolded.

What they didn’t know was also what the policymakers at the Federal Reserve Board didn’t know. This was the extent of unpriced risk generated by the vast expansion of mortgage-backed securities.

The dilemma the RBA faced in 2008 was that rising inflation (4.4 per cent annual over 2008 and 5 per cent in the September quarter 2008) and strong housing demand and rising house prices in Australia needed to be addressed in real time while knowing there was a rising probability of a potential US housing crash.

The RBA cash rate was raised from 4.75 per cent to 5 per cent in November 2003. The US Federal Funds rate at the time was 1 per cent. This action by the RBA limited the distortions to asset prices in Australia that had been experienced in the US.

Some argue with hindsight that the RBA should not have raised rates in March 2008. The problem was that, although there was a risk of a shock from the US, the actual data in Australia on inflation supported rising interest rates.

I was a strong advocate and supporter of the policy. The question of whether it was better to act on what you know (an increasing risk of inflation and asset bubbles in Australia) rather than what you fear, is a difficult dilemma for policymakers.

The RBA was amongst the first central banks outside the US to act when the crash came and was able to undertake a large monetary injection. This together with the exchange rate depreciation, fiscal stimulus and some help from a fiscal stimulus in China, meant Australia avoided the recession that crashed into most advanced economies.