Home » News and events » All stories » Podcast: A war on drugs, or a war on drug users? 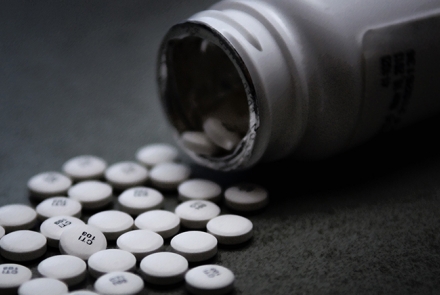 This week’s Policy Forum Pod takes a look at drug policy – from Reagan’s War on Drugs to pill testing and the New South Wales’ government’s “war on music festivals”, and asks the experts whether there are better ways to approach a thorny policy issue.

Does Australia have its policy settings right when it comes to regulating drugs? Is it time to change direction and find a way to decriminalise or even legalise certain types of drugs? On this week’s Policy Forum Pod, we’re joined by three experts to take a look at the world’s ‘war against drugs’, the crucial difference between harm minimisation and harm reduction, and the example that Portugal has set for other countries in drug policy. Listen here: https://simplecast.com/s/f34746c8

The presenters, Sara Bice, Jill Sheppard, and Martyn Pearce, also discuss some key policy issues from the last week including the ‘medevac’ policy for asylum seekers that was passed in Australia’s Lower House, Trump’s 2019 State of the Union Address, and after European Council President Donald Tusk’s comments about there being a “special place in hell” for the architects of Brexit, we find out what policies the presenters would like to put in that special place alongside them.

This episode brings together three experts on drug policy in Australia:

John Coyne is the Head of the Border Security Program at the Australian Strategic Policy Institute, coming from the Australian Federal Police. Over the last 20 years, he has been an intelligence professional at tactical, operational, and strategic levels across a range of military, regulatory, national security, and law enforcement organisations.

Helen Keane is an Associate Professor and the Head of School and the School of Sociology at the ANU. Her research areas include social and cultural studies of health and medicine, sociology of addiction and drug use, embodiment, gender, and feminist theory.

Jason Payne is a Senior Lecturer in Criminology at the ANU. He specialises in quantitative criminological methods, developmental and life-course criminology, and drugs and crime. Prior to his appointment at the ANU, Jason was the Research Manager of the Violent and Serious Crime Monitoring Program at the Australian Institute of Criminology.

Sara Bice is a Senior Research Fellow at Crawford School of Public Policy, and leads the Next Generation Engagement Program based at the school.

Jill Sheppard is a political scientist at the School of Politics and International Relations at the ANU.

The Trump Administration’s 2019 State of the Union address

The behaviour of major parties in Australian elections

‘Drug onslaught is coming – despite the big busts’ – John Coyne

The US’ crackdown on opioids

Donald Cressey’s book on organised crime in the US