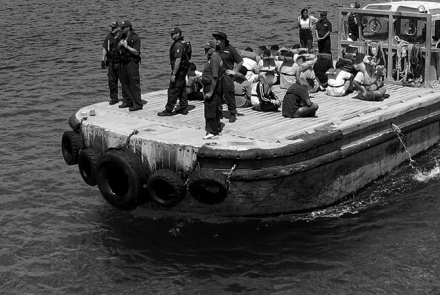 The policy and politics of refugees and asylum seekers

On Policy Forum Pod this week, we talk about refugees and asylum seekers policy – both in a global context and in Australia – while also discussing the extreme politicisation of these issues and the consequences that this has brought.

From the scale of the global refugee challenge to whether Australia has got its refugee policy settings right, this week, we take a look at refugee and asylum seeker policies. The panel tackle offshore processing, the politicisation of refugees, the recent medivac bill, and how all these issues might play out in Australia’s upcoming federal election.

This week’s panel consists of:

Bina D’Costa is Senior Fellow/Associate Professor in the Department of International Relations in the Coral Bell School. She is also the school’s Deputy Director of Education. Bina’s research interests span migration and forced displacement; children and global protection systems; gender-based violence in conflicts; and human rights and impunity.

Marianne Dickie is a Senior Academic in Migration Law with the ANU College of Law and an Immigration Case Worker for Senator Larissa Waters. As an academic, she regularly contributes to Senate inquiries, law reviews and public commentary. Prior to working at the ANU Marianne was the immigration advisor for the Australian Democrats.

Sharon Bessell is the Director of the Children’s Policy Centre at Crawford School, and Editor of Policy Forum’s Poverty: In Focus section.

Multimillion-dollar contract between Paladin Security and Department of Home Affairs

Billion-dollar empire made of mobile homes

John Howard’s election speech: “we will decide who comes to this country”

More on Rohingya refugees in Bangladesh

Sick refugees taken to Christmas Island instead of mainland

Tents on Nauru replaced ahead of Pacific Islands Forum

More on Neil Prakash and citizenship-stripping