Home » News and events » All stories » Is every billionaire a policy failure? 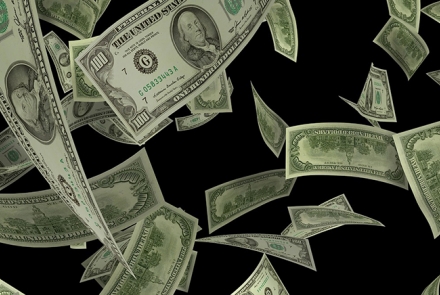 A cold take on the budget
Whatever happened to reform?

From Davos to Capitol Hill, there’s been a lot of talk recently about the mega-rich and whether they are paying their fair share in society. But are high taxes the best way to address disparity between billionaires and the rest of society? Our panel this week – Robert Breunig, Ida Kubiszewski, and Sharon Bessell – take a look at the roles and responsibilities of government and billionaires, tax systems and tax havens, and the impact of income inequality on both society and individuals.

You’ll also hear from our presenters Bob Cotton, Julia Ahrens, and Martyn Pearce, who have a look at election campaigning in Australia, Royal Commissions, and the survey this week that revealed the high level of violence against school principals. They also discuss some of the comments, questions and suggestions our listeners have left us online.

This week’s panel consists of:

Robert Breunig is a Professor at Crawford School of Public Policy, Australian National University, and is also the director of the Tax and Transfer Policy Institute. He conducts research in three main areas: economics of the household; empirical industrial organisation; and statistical and econometric theory.

Ida Kubiszewski is a Senior Lecturer at Crawford School. Prior to this, she was an Assistant Research Professor and Fellow at the Institute for Sustainable

Sharon Bessell is the Director of the Children’s Policy Centre at Crawford School, and Editor of Policy Forum’s Poverty: In Focus section.

Bob Cotton is a Visiting Fellow at Crawford School. He has a strong interest in public policy issues, including Australia’s engagement in the Asia Pacific Region. He is a mentor at the National Security College.

Julia Ahrens is a Communications and Engagement Coordinator at Crawford School and a presenter for Policy Forum Pod. She is also an Associate Researcher at the European Institute for Asian Studies in Brussels.

Oxfam report revealing that eight of the wealthiest men are as wealthy as the world’s poorest 50 per cent The Spirit Level, book by Kate Wilkinson and Richard Pickett

Crawford School’s Introduction to the economics of tax policy

Podcast: The policy and politics of refugees and asylum seekers