The Nauru processing centre. Photo by diacimages on flickr. 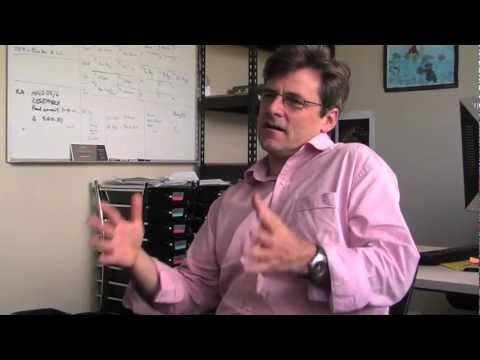 Stephen Howes discusses the donation from the Harold Mitchell Foundation

A government decision to divert part of its aid budget to covering the costs of asylum seekers risks undermining aid effectiveness and casts doubts on previous commitments to increase the aid budget, according to Development Policy Centre Director Professor Stephen Howes.

Howes says a plan to divert $375 million from the aid budget to pay for food and housing for asylum seekers represents a significant cut to AusAID’s budget. Speaking to Waleed Aly on ABC Radio National’s RN Drive show, he said the decision would introduce unnecessary uncertainty into the aid system.

“Aid is a very difficult business. To give effective aid, you need long-term commitments, and for that you need predictable funding.

“This decision has really derailed the goal of funding predictability,” he said.

He added that it was unclear what might be cut in order to finance the commitment.

“No one knows exactly what the government is cutting, but it’s almost a 10 per cent cut to AusAID’s budget. So it’s a very serious cut. You can’t simply eliminate the humanitarian budget, for example – if there are disasters, we have to respond.

“So there’s a lot of uncertainty around the aid budget and that lack of clarity and unpredictability – I think that’s going to really challenge us on the aid effectiveness front. That’s the real price we’re going to pay for this decision.”

Professor Howes said that on the simple issue of eligibility – whether asylum seekers could legitimately count as part of the aid budget – the government was within its rights to use aid money in this way.

“On the narrow issue of eligibility for this sort of expenditure as aid, I think that’s not where you’d find fault with the government decision. But I’d still be critical of it for reasons other than eligibility.

“They could have said ‘here’s $375 million of support for asylum seekers. We’re going to count that as aid and add that on top of the budget, so our aid budget is actually going to go up’.

You can listen to the full interview here: http://www.abc.net.au/radionational/programs/drive/aid-cuts-to-fund-onshore-asylum-seekers/4434514