Home » News and events » All stories » Democracy Sausage podcast: Australia in an age of instability 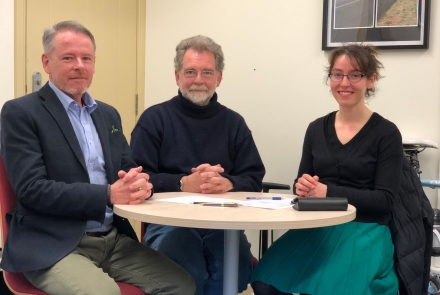 Democracy Sausage podcast: Australia in an age of instability

What could it take to turn great powers jostling over territory and trade into nuclear-armed nations prepared to go to war? On this week’s Democracy Sausage we talk to Hugh White about the rise of China, why we can’t take peace for granted, and whether the US is a country Australia can rely on.

This week marks 80 years since Hitler invaded Poland, but are there lessons from history about the rise of China? On this week’s Democracy Sausage podcast we talk to Hugh White about a new cold war, the nuclear taboo, find out how to defend Australia, and ask whether the China choice has already been made for us.

Hugh White is Professor of Strategic Studies at the Australian National University in Canberra and author of How to Defend Australia. His work focuses primarily on Australian strategic and defence policy, Asia-Pacific security issues, and global strategic affairs especially as they influence Australia and the Asia-Pacific.

Democracy Sausage with Mark Kenny is available on Apple podcasts, Spotify, Google Podcasts, or wherever you get your podcasts. We’d love to hear your feedback for this podcast series! Send in your questions, comments, or suggestions for future episodes to podcast@policyforum.net. You can also Tweet us @APPSPolicyForum or join us on the Facebook group.

This podcast is published in partnership with The Australian National University.