Home » News and events » All stories » The social network

Welfare cuts to lone parents will not help them find work
Contrary to a recent opinion piece, the indications are that most children who are abused do not live in lone-parent or step families, writes PETER WHITEFORD. 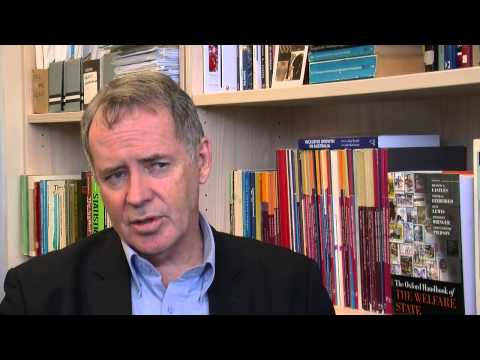 What is good social policy, and what is bad social policy? What do policymakers need to consider when designing social policy? And why do well-intentioned policies sometimes have unintended consequences? Professor Peter Whiteford offers some answers.

Divorce and separation are never easy, but in the UK from 1993 separated parents had more than just fractured feelings and scattered families to deal with. They also had to deal with the government, or more precisely, the deeply unpopular UK Child Support Agency (CSA).

The Agency was set up to collect child support from parents and redistribute it to kids in need. But, the good intentions turned into disastrous social policy. The agency quickly came under fire because the money being paid in by absent fathers wasn’t going directly to their children.

By 1997 an Independent Case Examiners Office had been set up to deal with the barrage of complaints about the agency. By 2005 the then Prime Minister Tony Blair was admitting the agency was “not properly suited” to its job after claims that for every £1.85 that the agency paid to children, it spent £1 on administration. Another MP called its tactics of “snooping” on absent parents something like a “sequel to 1984”. In 2006 the government announced the agency would be axed.

For Professor Peter Whiteford, Director of the new Social Policy Institute at Crawford School, the CSA is an example of well-intentioned social policy going terribly wrong.

“It was both politically controversial and terribly unpopular.

“One reason it was ineffective was that it initially was purely a savings measure. If the mother was on a welfare payment, the government effectively took all the money that went into child support, so none of the money that absent fathers paid went to benefit their children. That sort of design meant neither fathers nor mothers had any stake in the system, and I think that kind of design feature was very poor.

“If you want to have good social policy, you need to have something that gives people a stake in making it work.”

That’s where the Social Policy Institute comes in. The Institute draws in high-profile social policy researchers from inside Crawford School – including Professor Robert Breunig, Associate Professor Adrian Kay, Dr Sharon Bessell, Dr Ann Neville and Dr Bingqin Lee – into a network of professionals from all around ANU and the social policy community more broadly.

Whiteford says there has never been a more important time to focus on designing effective social policy.

“Social programs such as social security, health and community services accounts for about 45 per cent of all government spending in Australia. In addition, we’re facing very significant challenges, such as an ageing population putting pressure on age pensions, nursing homes and community care and the health care system. We would expect that the needs for social spending will be rising over the next 20 years.

“We are also seeing pressure in terms of desirable new spending such as DisabilityCare Australia, and we seem to have a gap between the amount we collect in taxes for these purposes and what we need to spend.”

Whiteford suggests that the design of good social policy will require policymakers to take a long-term view of what’s in the greater public interest. While he acknowledges that short-term politics makes that difficult to achieve, he says that Australia is experienced in making tough choices which work out well.

“An example of effective social policy is the superannuation system,” he says.

“It was expanded in the 1980s and then made mandatory in 1992, and although there are challenges with the system we have grown a very large private saving in Australia through it. We now have accumulated savings in superannuation funds that are greater than our GDP, which helps the economy a lot.

“The gains of the system were not immediate, but it was something with a long-term impact. That the combination of the means-tested age pension and growing superannuation savings both looks after the poor and provides improved income maintenance at retirement. I think it’s a good example of effective social policy.”

And it’s that long-term view of good social policy design that he hopes the Social Policy Institute can contribute to.

“Good social policy is informed by evidence and research. You also need to take a long-term perspective and not develop social policies as a matter of expediency to meet current budgetary needs. You need to plan ahead and work out sensible structures and what is sustainable over the long run both financially and in human terms.

“For good policy we need long-term planning and lots of solid research evidence. I hope the Social Policy Institute can play a significant role in that.”