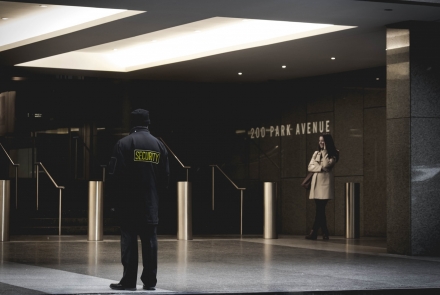 Photo by Collin Armstrong on Unsplash

Assessing the risks of the radical right

In the opening weeks of 2020, as Australia was grappling with bushfire and flood emergencies, and tensions between Iran and the United States reached fever pitch in the Middle East, the Australian Security Intelligence Organisation (ASIO) quietly prevented yet another Australian would-be foreign fighter from leaving our shores to engage in terrorism.

The passport cancellation is one of dozens the foreign minister has enacted on ASIO’s advice since the Islamic State terrorist group launched violently onto the world stage in 2014, with its calls for followers to join the battlefield.

This one was different. The potential terrorist was a member of the far right. Mike Burgess, head of ASIO, announced this extraordinary development in the threat of right-wing extremist terrorism in Australia on 24 February. In the first of what promises to be an annual threat assessment speech, he elaborated further on this sinister threat.

This is not the first time ASIO has raised warnings about the extreme right. In 2016, Duncan Lewis, Burgess’ predecessor, cautioned that right-wing extremism is something that ASIO is acutely aware of, and that the government has “people working on that particular issue.”

While the threat of right-wing terrorism is alarming, counter-terrorism authorities in Australia are dealing with this threat as they would any other terrorist threat.

“That is business for ASIO”, Lewis declared at the time, a sentiment shared by Anthony Byrne, Deputy and former Head of the Parliamentary Joint Committee on Intelligence and Security, who stated right-wing hate groups were of great concern to the agencies whose work he oversees.

Though Australia’s government is aware of it, the threat is still growing. Lewis told a Senate estimates hearing in an October 2018 update that the groups appeared to be becoming more organised, and that there was a serious uptick in their attempts to recruit new members. Noting the caveat that this was from an extremely low base, he nonetheless listed it as a serious concern. ASIO’s 2018-19 Annual Report echoed this sentiment.

If not for the work of counter-terrorism authorities in recent years, this threat could have seen a major terrorist attack on Australian soil. In 2015, authorities disrupted a far right extremist who was planning multiple venue, mass casualty terrorist attack on various left-wing targets using improvised pipe bombs. In December, he was found guilty of the planned attacks and preparing a terrorist ‘handbook’, and is awaiting sentencing.

The notoriously small Australian extreme right movement has historically been – with a few exceptions – more talk than action. However, three key developments in recent times may change that.

The first is the impact of Islamist terrorism. All extremists need a clear and identifiable enemy, and the rise and spread of al Qaeda and Islamic State, accompanied by the 2015 immigration crisis, provided a rallying point for right-wingers of all types to ‘raise the alarm’ about immigration and use this as the base for their extreme and violent views.

Second is the globalisation of extremism and terror. While Australia’s right-wing extremists are low in numbers, they are emboldened by the rise of neo-Nazi and white supremacist extremist groups in Europe and the United States. Of all terrorist attacks in the United States, 60 per cent are linked to right-wing ideology.

Being the nominal head of such movements in Australia, even if membership is only in single or double figures, provides access to a significant global network.

The propaganda of right-wing ideology and iconography, and tactics employed by its terrorists, becomes easily accessible from the epicentre of the movement.

The third development is the impact of global communications technology. Islamic State is notorious for its use of social media to spread propaganda and recruit supporters, and the news that 2019’s Christchurch attack was live-streamed on YouTube and shared on Facebook, as well as on lesser-known message boards such as 8Chan, demonstrates the power of this media to stoke intolerance and violence.

Violent extremists use these echo chambers to share and reinforce their views of the world. While they lack the large-scale war zones of al Qaeda and Islamic State, they can use the web and encrypted communications to easily promote views and share plans with like-minded groups around the world.

This is how the Christchurch terrorist learned the names and dates of white power iconography to carve in the firearms used in his attack, and started the trend of publishing a ‘manifesto’ among those who revere Oslo attacker Anders Breivik as a hero of their cause.

The good news is that Australian agencies deal with terrorist threats across the spectrum, and have been investigating and disrupting right-wing extremists along with other terrorists. Australia continues to lead in limiting terrorists’ abilities to benefit from social media, live streaming, encrypted communications and block chain technologies, in partnership with other countries and technology companies.

Whether right- or left-wing, Islamist or nationalist, terrorists feed off each other. Nevertheless, Australia’s approach means that it can use mechanisms in place initially to counter radical Islamic extremism to combat other terrorists.

This means that just as the effort put in to develop the Joint Counter Terrorism Teams disrupted a planned right-wing terrorist attack in 2015, so the mechanism developed to deal with the Islamic State foreign fighter threat has now prevented a far-right terrorist from travelling overseas to engage in violence.

Much has been asked of Australians in the name of countering terrorism. Mike Burgess’s decision to talk more about the good work ASIO is doing, as well as the challenges faced, shows that the resources and trust invested in Australia’s counter-terrorism agencies are well placed.