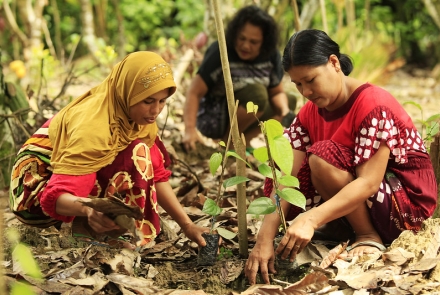 Imagae by World AgroForest on Flikr

The multidimensional poverty of women with disabilities

Women with a disability are some of the most deprived people in society, but the challenges they face are poorly understood, Angie Bexley and Sharon Bessell write.

Twenty years ago, the United Nations declared girls and women of all ages, with any form of disability, as among the most vulnerable and marginalised people in society, and noted that they are disproportionately represented among the poor. Despite the progress made in terms of disability awareness, and this still rings true.

The Sustainable Development Goals (SDGs) recognise the need to ensure that the benefits of development reach the most marginal groups in society.

The need for disaggregated data is central to achieving the SDGs, as several goals require improved outcomes specific to both sex and disability, as well as age and other social characteristics. However, there is not enough of this kind of data to reveal gendered patterns of deprivation, and even less data that does so by disability status.

Policy remains hampered by a shortage of information on the specific barriers faced by women and girls with disabilities. This lack of information means policymakers are unable to understand, let alone respond to, the experience of people with disabilities living in poverty, and the ways they are excluded from full participation in their societies.

More on this:Podcast: Australia’s gambling problem and its impact on women Inclusive policy and programming responses require individual measurement of multidimensional poverty — to identify who is left behind, how, and what governments can do to respond appropriately. This is particularly urgent for women with a disability.

The Individual Deprivation Measure (IDM) is a new gender sensitive measure of poverty that shines a light on the ways that individuals experience multidimensional poverty, and can help governments deal with this lack of information. In 2018, The Australian National University undertook an IDM study in South Sulawesi, Indonesia.

The findings provided insights from 2815 individuals surveyed in one district, using the Washington Group Short Set questions to identify people living with a disability. Some 306 people with a disability were included. The findings of the survey revealed the double burden carried by those women who have a disability and the ways they experience poverty.

In contrast, 35.6 per cent of men and women without disabilities reported personally using contraception.

These issues, among others, make gender inequality among people with disabilities an immense challenge, and policymakers must address them as pre-conditions to development if women with a disability are to enjoy the benefits of change.

While some of these numbers are very small in regards to some issues, they nevertheless point to potentially severe areas of deprivation where gender and disability intersect. Effectively addressing poverty means understanding the needs of people living with a disability and responding accordingly, and acknowledging the gendered differences in that experience is one of the most crucial elements of that process.

The authors would like to express their gratitude to Janet Hunt, Mandy Yap, Masud Hasan, Helen Suich, and Trang Pham and to acknowledge the contributions and support of the members of the ANU-IDM Program team.

The Individual Deprivation Measure is a partnership between the Australian National University and the International Women’s Development Agency, with funding from the Australian Government through the Department of Foreign Affairs and Trade.