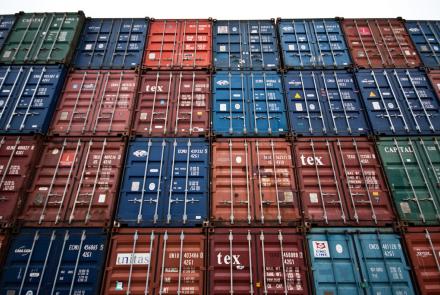 Crawford School’s executive education program is your pathway to professional development. Executive education gives you access to a diverse range of short courses, Masterclasses and tailored or bespoke programs developed for Government.

APEC and the battle of the free trade agreements
The race between the USA and China to dominate trade.

Australia is in danger of being a 20th century country in a 21st century world if we don’t update our thinking about trade policy, says a Crawford School expert.

Crawford School trade policy expert Adjunct Associate Professor Philippa Dee says the public focus of trade policy and agreements is business, but where does that leave the consumer? In a new one-day short course on 6 May, Dee will highlight the emerging directions for trade policy, and why we need to reinsert consumer interest into the debate.

Dee said that Australia runs the real risk of lagging behind the rest of the world when it comes to trade policy.

“I think Australia, where we’re headed at the moment, is definitely in danger of becoming a 20th century country in a 21st century world,” she said

She said Australia had lost sight of the interests of consumers in our trade policy thinking.

“It may sound strange but I think that for a long time Australia hasn’t actually had a trade policy. What we’ve had is some policies that have certainly taken into account the politics of our relationships with other countries and they’ve also taken into account business interests to a large extent, but have not focused on the interests of consumers.

“These developments do have implications for the way we should be thinking and how we manage our economic relationships with other countries.”

Dee said the course is suitable for a range of people with trade policy interest.

“People with an amateur interest in these issues would also be suitable as well as graduate students who want some kind of helicopter view about trade policy thinking and where is it these days.

“I think also people who are thinking about our political relationships with other countries should come along because it’s important to understand how politics and economics relate to each other.”

The course, Trade policy and agreements in the Asia Pacific for policymakers, will be held on Tuesday 6 May.

For more information or to register for this course, please visit: https://crawford.anu.edu.au/executive_education/course/masterclasses/327...