Home » News and events » All stories » Getting pension reform right 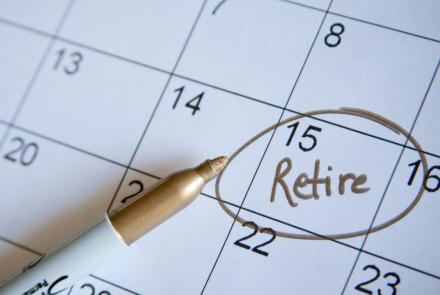 Work til you drop?
The risks of raising the pension age.

Pension reform is a challenge for the ages but needs to be done right, writes Peter Whiteford.

At an annual cost of around $40 billion, the age pension is Australia’s largest social program, and age pensioners are half of all those receiving social security.

Real pension spending is increasing by around 3.7% per year, caused by the growing share of the population over 65, plus the Howard Government’s decision to index pensions to male total average earnings in 1996. Spending was boosted in 2009 when the Rudd Government increased payments, particularly for single people.

Given this, it is unsurprising that the Age Pension is Item 1 in the priorities of the Commission of Audit (CoA).

The CoA recommends changes to slow spending growth, including increasing the eligibility age to 70, shifting the indexation benchmark from male earnings to average earnings for men and women, increasing the income-test rate from 50 to 75 per cent, introducing a comprehensive means test to deem income from all assets, and including the family home in this means test (above $750,000 for couples and $500,000 for singles).

Other changes include raising the Superannuation preservation age, tightening the income test for the Commonwealth Seniors Health Card, and – hidden away somewhat – replacing public housing with Rent Assistance and cutting Newstart for people aged 60 and over.

It is far from clear how effective or fair these changes would be, not helped by the fact the Report doesn’t separately identify savings from specific proposals and provides no distributional impact analysis.

The CoA proposes increasing the pension age from 2033, and changing the means test from 2027. The indexation change is intended to start from 2014, with pensions rising in line with the CPI or Pensioner Living Cost Index for the next 14 years. However, the Government has ruled out any changes in this Parliament.

The pension age is already set to increase to 67 by 2023 as part of the way the Rudd Government financed its 2009 increase. Australia increased women’s pension age from 60 to 65 from 1995, with labour force participation jumping from 16.6 per cent to 45.6 per cent and the proportion of this group on payments falling from 60 to 20 per cent (mainly on disability payments). But with the strong association that disability has with age, further increases may have diminishing returns.

Obtaining and maintaining employment in later life is not straightforward. The loss of a job and difficulties finding another may precipitate poverty, particularly if Newstart is cut for this group. Age discrimination barriers are significant and need to be addressed. Work-caring balance issues have strong gender implications. Raising the pension age reduces the years for which people get payments. However, life expectancy varies and most people don’t live as long as the average.

Increasing the income-testing rate from 50 to 75 per cent more tightly targets help to the poorest, but proportional losses are greater for people with moderate savings. Making it compulsory for low-paid workers to forgo 12 per cent of their wages in work but reducing pensions by 75 per cent of the income deemed to be received is a hard sell.

The proposal to change indexation is problematic. Over the last 20 years there has been little difference in the rate of increase of male total earnings and overall average earnings – about 3 per cent. Only allowing price increases in the next 14 years appears mainly a way of undoing the 2009 increase with the reduction amounting to around $230 a fortnight by 2030.

The CoA arguments for this are simplistic. They do not discuss research on adequacy of payments, an issue considered in detail in the Harmer Review when it made the case for real increases.

Australia currently has the fourth-lowest level of public pension spending of any OECD country and is projected by 2050 to have the third-lowest level of spending. The World Bank has suggested Australia as a model to follow. Where Australia is unusual is in having the highest tax concessions for private pensions in the OECD, four times the average, with people of pension age paying much lower taxes than workers at the same incomes.

Given the government has ruled out changes this Parliament (apart from increasing pension ages in future), there is time for a careful and considered review of the retirement incomes system and possibly the whole social security system.

There is clearly room for reform but it should not be done in a piecemeal fashion.

This article was first published on the Australian Financial Review: http://www.afr.com/p/opinion/reforming_the_bn_pension_question_9hfn8rARD...