Home » News and events » All stories » Slice of heaven 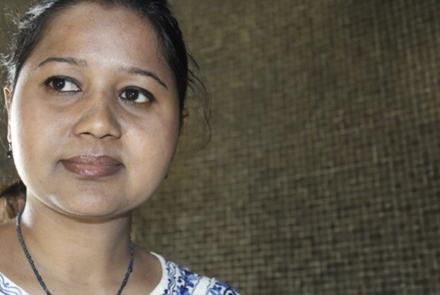 Beating the grind
Elizabeth McDowell’s life changed thanks to coffee.

Meet Joyce Das, someone who is in the business of helping others and now set to make even bigger returns, thanks to her Master of Applied Anthropology and Participatory Development.

Joyce Das had spent five years as National General Secretary of the YWCA of Bangladesh, and another five years as program assistant to the Poverty Reduction and Economic Management unit of the World Bank, when she decided she needed more training in development.

“I am basically a business student,” she says. “I studied commerce and then a Master of Business Administration, but all of a sudden I was working in the development sector. After five or six years in a management role with the YWCA, I started to realise that I needed some more knowledge to fulfil the gravity of that position. I thought I should re-enter uni and get a solid degree on development since I’m on this career path, and it’s one I really want to stay on.”

Joyce says she “took a big risk” and quit her job, and spent all her savings to come to Australia from Bangladesh to study the Master of Applied Anthropology and Participatory Development (MAAPD) at Crawford School of Public Policy.

“Whoever I talked with said it was worth investing in such a degree,” she says. “ANU is a highly reputed institute all over the world. In fact, I think the rest of the world regards ANU more highly than Australians do, who are very casual about it.”

It was an investment Joyce says has paid off.

“I think I am more confident now because when I was working with the YWCA in Bangladesh I had mostly national-level knowledge. Even though I was exposed to international issues, I didn’t have any idea how international organisations work, which is knowledge I’ve gained with the MAAPD. Now I can think at another level.”

“Also, when I was working in Bangladesh I was only experienced on Bangladeshi things. I wasn’t exposed to other places, especially Papua New Guinea and all those islands I’ve learnt about here – I had no idea! But it’s all relevant to Bangladesh, especially when it comes to gender issues.

“I would approach my work differently now. I’ve learned so many techniques for participatory development, and about scholarly debates in the development area. Before, I was learning by doing, but now I’ve gained the theoretical background.”

Unsurprisingly, Joyce’s considerable professional experience has helped her – and her classmates – connect the theory of the MAAPD with its real-world practice.

“I worked with different stakeholders before coming here which really helped me to contribute to discussions. When I was working with the World Bank, that was a national set-up in an international organisation, so I have that experience, and with the YWCA I worked with grassroots-level women. I could really relate, when I was doing theoretical things, back to my own experiences. I could bring my own examples to class.”

Joyce has no doubts about the kind of organisation she’d like to work for in the future, with her new international-level expertise in development.

But, she says it will be hard to leave Australia. She has only one word to describe Canberra compared to the congestion and pollution of her home-town of Dhaka: “Heaven.”