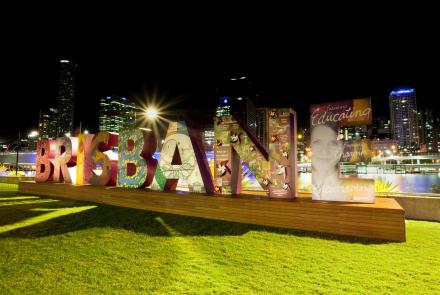 Global cooperation on lifting growth and other G20 outcomes

Australia and China after their free trade agreement
Peter Drysdale on a big week in Asia Pacific economic diplomacy.

The focus of the Brisbane G20 summit on lifting global growth was important, writes Peter Drysdale.

Overall, the economies of Asia are a bull element in global recovery and long term development. The advanced countries, although less so now the United States, remain a drag on the world economy with no sign that Europe is likely to emerge from stagnation any time soon. Kemal Derviş and Homi Kharas point out that some argue that the European economies (and perhaps Japan) are doomed, through demographic and technological circumstance, to a long period of very low rates of growth; that their potential rate of growth is likely not much above their actual growth in recent times.

With the overall growth rates of emerging economies four to five times as high as those in Europe, they contribute the largest share to global growth. And even with convergence between the emerging economies, in which most of the world’s poor live, and those that are home to the rich, there is the question of whether their current growth rates are near their potential rates of growth.

That’s why the focus of the Brisbane G20 summit on lifting global growth was so important.

While China’s growth rate may be close to its potential, the structure of its growth is not sustainable and, for most of the developing world, including India, actual growth is way below potential.

It is difficult to accept that rates of growth in advanced or emerging economies are near or nudging potential rates of growth. In Europe there are vast pools of unemployed labour, especially among the young. In emerging economies on the way through lower to higher middle income, and catching up with the industrial frontier, growth rates at 6 to 10 per cent are the norm. As China moves to upper middle income, growth potential is easing back from 7 to 8 per cent to 6 to 7 per cent and the trajectory is for growth a percentage point or so lower over the coming decade. India and Indonesia in the Asian region, and South Africa and Brazil outside, are languishing below their potential rates of growth.

Is the world condemned to a new normal of stagnation and low rates of economic growth?

Growth potential is not defined by laws of nature, alone or even largely. Growth potential is defined significantly by social and economic policy choice and by political will. From this perspective, there is no inevitability that the advanced economies of Europe, North America and Japan (the old G7) should be beset by long term secular stagnation. There are levers of macroeconomic policy that can be activated to lift effective demand; there are structural reforms that can unleash investment and productivity potential. Negative trends in these variables have more to do with policy failure than with chronic propensities to over-save or under-invest. In emerging economies, the hard choices are about the round of structural reforms that are needed to navigate the ‘middle-income trap’.

In an open global economy, stronger rates of growth in the emerging economies, where returns on investment remain high, are consistent with higher net exports and capital flows from the industrial world to emerging economies on a mutually reinforcing path to higher global growth. More expansionary policies and weaker exchange rates in advanced economies are a corollary part of the mix to bring global growth closer to 5 than 3 per cent. These positive, mutually reinforcing trends will not be entrenched without international policy collaboration.

That’s why the G20 focus on frameworks conducive to mobilising resources for infrastructure investment was the natural complement to its growth agenda.

Inclusion of the Asian and other emerging economies in the G20 group is a major step forward. They deliver regional, cultural and institutional diversity as well as new economic power to the high table. Agreement may be more difficult, debates more intense, and disagreements out in the open. In global negotiations, though, it is more important to be talking to those with whom reaching some kind of agreement may be difficult, rather than just with those among whom there is agreement to begin with. Trying to exclude Russia from the Brisbane summit would have been very costly and risked breaking the G20 apart. The Australian chair’s stumble in trying to do that has actually added to the G20’s resilience.

The main challenge for the G20 now is to create sustainable world growth based on real investment that stimulates productivity gains and provides new, long-term jobs in the value-added chains of the products and services of the future across advanced and emerging economies alike. Laying the foundations for sustained global growth through productivity-enhancing reforms within the framework of a global income target is a plausible strategy for achieving this so long as it does not end in Brisbane.

On the corollary objective of broadening participation in the established institutions of global governance, and ensuring that key global economic institutions are robust and able to withstand unexpected shocks if and when they occur, progress remains patchy. The IMF awaits US reponse to its need for governance reform. It is good that leaders have put the health of the WTO, which underpins the world trading system, onto the agenda. And at least dealing with climate change is also now out there.

The scale and structure of the global economy has changed dramatically since the post war institutions were put in place. The nature of international commerce and international capital movements and the presence of large new players like China, India, Indonesia and Brazil mean that the old rules need upgrading or extending and new issues need to be addressed. Turkey, the next chair, will take up the issue of the global trade regime and China, the host for 2016, is likely to maintain the momentum on this, growth and climate change. Again, ironically, the Australian chair’s failure to completely low key the issue of climate change - because of its importance to the United States, China and Europe - was an important mark of the summit’s success.

This article was published in East Asia Forum: http://www.eastasiaforum.org/2014/11/16/global-cooperation-on-lifting-gr...