Home » News and events » All stories » Hostage to the almighty dollar 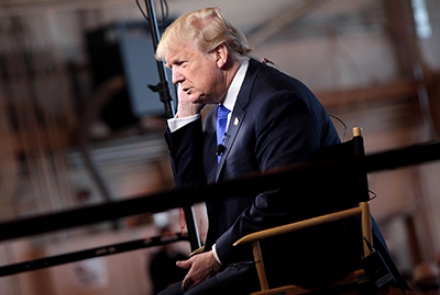 Hostage to the almighty dollar

On the off chance that Trump’s economic plan manages to pass through Congress, it would have unfortunate implications for Asia and Australia, Warwick McKibbin writes.

The best indicator of the Trump administration’s economic agenda can be gleaned from Candidate Trump’s “Contract with America”. That Contract suggests that President Trump has a right-wing agenda on social, environmental and immigration policy and a left-wing agenda on trade and economic policy. But despite having a clear program, executing anything that requires funding depends critically on the support of a divided Congress.

A key economic issue relates to fiscal policy, both tax policy for corporations and households as well as expenditures including defence, infrastructure, government agencies and the big areas of Medicaid and social security. Both the size of the spending and tax changes and the impact on the overall fiscal deficit will matter for the US economy and for the spillover through trade and capital markets to the rest of the world. Candidate Trump promised not to touch the large entitlement programs of Medicaid and Social Security, which takes a large part of the necessary spending reform off the table.

A significant increase in infrastructure spending (US$1trillion over 10 years) is proposed to be financed by tax breaks to the private sector. In practice, the infrastructure that is needed in the United States is not the type which could be funded by an incentivised private sector. More likely it would need to be financed by higher debt. Greater spending on the military has support in Congress, but the current proposal to pay for it by massive cuts in the budgets of other agencies is unlikely to get through Congress. More government debt is the most likely way to fund a military expansion.

Tax reform is even more problematic. Candidate Trump promised to cut tax on individuals from seven tax brackets to three. He also promised cutting the company tax rate from 35 per cent to 15 per cent.

More recently, there has been support given to the plan proposed by the Republicans in Congress to not only lower the overall tax on business but to change from a tax based on the income of companies to a Cash Flow Tax with Border Adjustments known as DBCFT.

This DBCFT works in a similar way to a value-added tax with additional deductions for payroll taxes. Imports would no longer be tax deductible as an input and profits from exports would not be taxed. Some companies such as Walmart would face heavy increases in tax burden, while other companies that export would receive large reductions in their tax burden. This policy would also make it very attractive for US firms to relocate to the United States as the advantage of earning income offshore would no longer be relevant. Both the border tax adjustments and the relocation of US capital back into the US economy would likely lead to a large appreciation of the US dollar.

The tax reform is unlikely to be revenue neutral. The large reduction in the tax burden on companies and individuals would need to be financed by a large rise in government debt as cuts to spending programs could not support such a shift. Supporters of this major tax reform argue that the revenue from tax cuts would be self-financing because of a stronger economy. This was not the experience of the Reagan tax cuts in 1981 or the Bush tax cuts of 2001 and 2003 and is unlikely to be self-financing.

Each of these fiscal policies would tend to raise the US budget deficit and therefore increase future US government debt significantly. A combination of higher government spending, lower taxes and overall higher spending in the United States economy would cause an appreciation of the US dollar. Countries in Asia that export to the United States will benefit, but countries with large internal or external debt burdens will be hurt by higher borrowing costs. What will also matter will be the reaction of the US Federal Reserve, and how monetary policy responds to the changes in fiscal policy.

At a time when the United States economy is near full employment and the Federal Reserve is already in a tightening cycle, the switch towards tight monetary policy and loose fiscal policy will look very much like the period from 1979 to 1985, which was a period of large capital flows into the US economy attracted by strong growth, rising real interest rates and a strong dollar. This change in global interest rates would further hurt economies with significant amounts of private, public or foreign debt.

Another key area of economic policy is trade. The Trump administration has withdrawn from the TPP and has strong views on existing trade agreements such as NAFTA, but also the entire conceptual framework of a rules-based global trading system with the World Trade Organization at its core. A trade war at this stage of the political cycle is unlikely. There is substantial evidence that a world of rising tariffs and rising protection would cause a global recession and hurt the US economy.

It is unlikely that the agenda of President Trump will make it through a divided Congress. If it did, the implications are most likely a very large stimulus to the United States economy with strong equity markets, rising interest rates and a sharply rising US dollar exchange rate. The problem for the Trump administration is that by expanding the budget deficit and borrowing to pay for the many economic transformations being proposed, the financing will largely come from foreigners. This large capital inflow would be a key driver of the strong US dollar. US export-intensive industries would be under even more competitive pressures than they currently face from technical change. The Trump heartland would on balance be hurt by the Trump administration’s economic policies.

The problem for the Trump administration is that by expanding the budget deficit and borrowing to pay for the many economic transformations being proposed, the financing will largely come from foreigners. This large capital inflow would be a key driver of the strong US dollar. US export-intensive industries would be under even more competitive pressures than they currently face from technical change. The Trump heartland would on balance be hurt by the Trump administration’s economic policies.

The unfortunate implications for Asia and Australia in particular is that rising trade deficits in the United States would be seen by some in the administration as proof of an anti-competitive world and while a trade war today is unlikely, the pressures for a trade war would accelerate in coming years. This would be the worst of all possible outcomes for the Asia-Pacific region.

This article was first published in the Australian Financial Review. It was also published by Policy Forum.net, the website of the Asia and the Pacific Policy Society and Crawford School. https://www.policyforum.net/trumps-economic-plan-hostage-almighty-dollar/

This is a summary of “What Trump Means for the Global Economy” published by ANU in The Trump Administration’s First 100 Days: What should Asia Do?