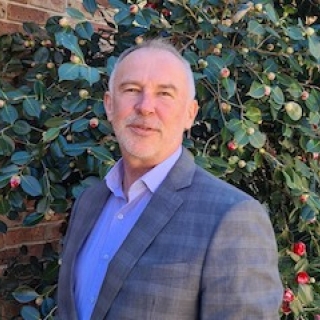 Gordon de Brouwer is Professor of Economics, jointly appointed to the Crawford School of Public Policy and College of Business and Economics. He is committed to public value, high-quality policy and implementation, and effective government.

Gordon has about 35 years’ experience in public policy and administration in Australia, including as Secretary (CEO) of the Department of the Environment and Energy (2013-17) and senior roles in the Department of the Prime Minister and Cabinet (including Associate Secretary of Domestic Policy Group and G20 Sherpa, 2008-13), Treasury (2002-08), ANU (Professor of Economics, 2000-02) and the Reserve Bank of Australia (1991-99).

Gordon is a Director of the Australian Nuclear Science and Technology Organisation (ANSTO)(including Chair of the Risk and Audit Committee) and the Committee for the Economic Development of Australia (CEDA). He is a member of the Advisory Board of the Nature Conservancy Australia and the Reef Resilience and Adaptation Program. He is National President of the Institute of Public Administration Australia, Chair of the Australian National Committee of the Pacific Economic Cooperation Council (AusPECC), and a facilitator in Jeff Whalen Learning Groups for senior public servants in Australia and New Zealand. He is a senior advisor in the Economics Program at the Center for Strategic and International Studies, Washington. D.C.