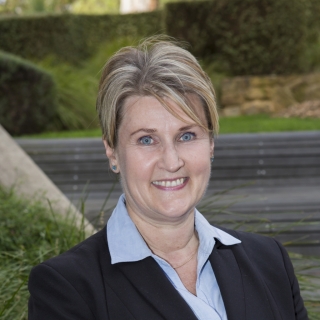 Prior to joining the Australia Pacific Security College as Operations Manager, Ms Andrea Haese was the Executive Officer and Director, Executive Training Programs of the Asia-Pacific College of Diplomacy (APCD). Her primary duties included project development and management. Her role includes designing and developing training programs in consultation with clients. She has designed courses for various Australian Government departments as well as for international governments and organisations based in Africa, Caribbean, the Pacific, Southeast Asia, and South Asia. She is also interested in the evaluation and monitoring of training programs.

In 2015, she was a recipient of the Endeavour Executive Fellowships and spent several months in Geneva at the United Nations Institute for Training and Research focussing on the evaluation and monitoring of diplomatic training programs delivered by the UN.

She has held the positions of Grants and Development Officer of the Faculty of Asian Studies at the Australian National University and Executive Officer of the Australian Chapter of the Council for Security Cooperation in the Asia and Pacific (Aus-CSCAP). Before joining the ANU, she was Adviser and Electorate Officer to the Speaker of the House of Representatives, the Rt. Hon Ian Sinclair AC and Adviser to the Chairman of the Constitutional Convention debate, held in 1998.

Prior to this, she held numerous positions in the public and private sectors. Ms Haese has a Master’s degree in Ancient History (Macquarie University) and has a BA in Information Management, majoring in archaeology focussing on Egypt and Latin America.