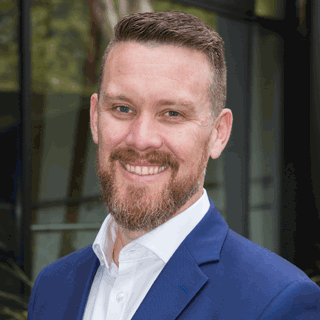 Jay Caldwell is the Deputy Director, Education of the Australia Pacific Security College. Prior to commencing in this role, Jay joined the National Security College in 2017 as the Director of Professional Studies. He has fourteen years of experience in the public service focused on national security and how central agencies can better support decision-makers. Prior to this, Jay was an educator with Queensland’s Department of Education and the ACT’s Canberra Institute of Technology.

Jay joined the NSC on secondment from the Department of the Prime Minister and Cabinet (PM&C), most recently as the Senior Adviser for North Asia and Trade. Between 2014 and 2015, he oversaw the Department Liaison Officer team in the Prime Minister’s Office – across Prime Ministers Abbott and Turnbull. Jay was also PM&C’s Senior Adviser for Crisis Management, leading the Commonwealth’s reconsideration of the Australian Government Crisis Management Arrangements and how to secure continuity of government in a crisis. In 2010-11, Jay managed the ACT Government Cabinet Secretariat. He also led on security policy for the ACT’s Chief Minister and Cabinet Department. Jay commenced his public service career in the Office of National Assessments (ONA) and led the Open Source Centre’s Pacific team. Jay also worked on intelligence collection management and improving intelligence sharing with close partners.