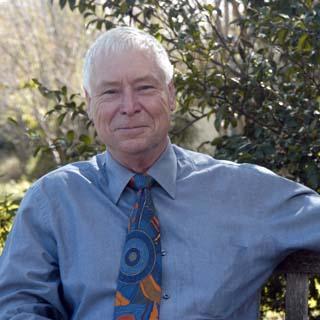 2007 - 2006 – Land and Water Australia funded fellowship to undertake a comparative study of water planning in the Daly River catchment in the Northern Territory, Victoria’s Goulburn-Broken catchment and South Australia’s Riverland.

2006 - 2005 - three-month publishing fellowship awarded by the Centre for Resource and Environmental Studies to rework my PhD for publication by Federation Press.

2005 - 2002 - PhD thesis titled The Chariot wheels of the Commonwealth. It examined the history of cross border water policy and management in the Murray-Darling Basin and used the principles contained in Australia’s National Water Initiative to critique the institutional framework in place in the region. In parallel the adequacy of the NWI was assessed in terms of its capacity to respond effectively to the major issues that confront water managers in the MDB. This was then placed within the wider debate about optimum pathways to implementation.

1994 – 1993 Department of Foreign Affairs and Trade – journalist contributing to and editing various publications.

Pre 1992 Australian Broadcasting Corporation – journalist producing radio features in the Social History Unit in Radio National. Before that I was a radio and television producer in the Educational Broadcasting Department, producing programs for primary and secondary schools. This included secondments to Papua New Guinea for three periods totaling eight years in the 1970s and 80s. There I worked as a broadcaster, manager and trainer in the Australian Broadcasting Commission (as it was then) and the PNG National Broadcasting Commission, as the director of the third South Pacific Festival of Arts (Pt Moresby 1980) during its planning phase, and as the first director of a media unit attached to a World Bank rural development project in the southern highlands (1982-84).