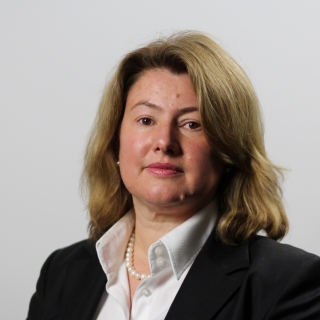 Jacinta Carroll joined the National Security College as the Director, National Security Policy, in August 2017. She is a member of NSC’s Futures Council and works across the NSC’s professional development, policy and academic programs.

Previously, Jacinta was the inaugural Head of ASPI’s Counter Terrorism Policy Centre, a position she held since August 2015. Jacinta joined ASPI from the Australian Government where she had held a variety of Senior Executive appointments, and worked in the Department of Defence and the Attorney-General’s Department. Her career experience includes working on national security, counter-terrorism, strategic policy, border security, military operations, campaign planning and scenario development, information management, and international policy with a particular focus on the Middle East and Afghanistan; she has served in Iraq.

She is a member of the AVERT (Addressing Violent Extremism and Radicalisation to Terrorism) Research Network and the National Security and Terrorism Program Advisory Council, Deakin University.