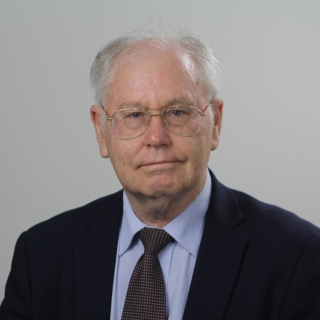 Peter McCawley is an economist who has worked on Indonesian and Asian economic issues for many years. He is currently a visiting fellow in the Indonesia Project, ANU, and has recently (2014-2017) been Principal Author for a book about the 50-year history of the Asian Development Bank, based in Manila.

He has a PhD in economics from the ANU (1972). He later taught at Gadjah Mada University in Yogyakarta in the early 1970s before returning to the ANU and becoming head, Indonesia Project, ANU. In 1986 he joined AusAID as a Deputy Director General and later became an executive director on the board of the Asian Development Bank in Manila.

He has worked as a ministerial adviser in Canberra to several Treasurers of Australia (Bill Hayden and John Kerin) and has provided many articles to the Australian media.

He was dean of the Asian Development Bank Institute in Tokyo in 2003-2007. He has written a number of books and numerous articles about the Indonesian economy and other aspects of Asian economic development.

1974-1975– Adviser to the minister for Social Security and later Treasurer, Bill Hayden

1999-2008 – Chair and Co-chair of negotiations for successive rounds of replenishments of the Asian Development Fund (ADF VIII, ADF IX, and ADF X)

1972 – Graduated (PhD, ANU) with a study on “The Indonesian electric supply industry.”