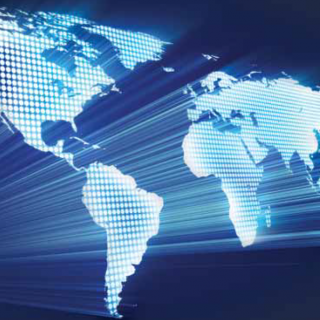 The South China Sea has been an ongoing maritime dispute for over six decades and in recent years has become one of East Asia’s most dangerous flashpoints. China’s claim has been expressed in the nine dash-line which appears in official documents but whether it refers to islands or sea area remains ambiguous.

The Vietnamese claim overlaps with the Chinese and is similarly unclear. The Philippines, Malaysia and Brunei claim contiguous parts of the area and Indonesia has a conflicting claim to the EEZ around its Natuna islands. The project will seek to understand the perspectives and interests informing each of the claimant states’ positions.

It will also examine the conflict potential of the current dispute and will also explore avenues for a resolution of the issue based on ASEAN’s proposal for a Code of Conduct [COC], dispute resolution under UNCLOS and notions of conflict prevention in general.

In this project, Dr Leszek Buszynski and Dr Christopher Roberts explore these questions for the purpose of producing the following three outputs:

As a component of the research project, Dr Buszynski and Dr Roberts held a conference followed by an author’s workshop on the South China Sea. The conference involved presentations from leading experts in Australia and Asia including Dr Jian Zhang, Associate Professor Ralf Emmers, Professor Renato Cruz De Castro, Professor Clive Schofield, and Professor Donald Rothwell. A broad range of stakeholders attend the event including government officials, academics and foreign embassy staff. The conference was held in the Crawford Building at the Australian National University on 28 March 2013.