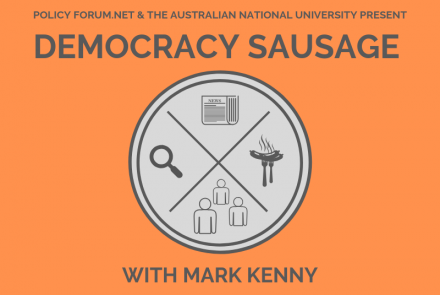 This week we tackle declining trust in the media, find out WhatsApp with India’s elections, and wonder how many AFP raids it would take to get Australians out on the streets, Hong Kong-style.

How can we rebuild trust in news media and get people reading things that they don’t agree with? Who gets to decide what’s in the public interest? And how can we tackle fake news as people increasingly turn to encrypted messaging services? Those are some of the questions sizzling on the hotplate of this week’s Democracy Sausage podcast, where Mark Kenny and Marija Taflaga are joined by Caroline Fisher and James Mortensen. Listen here.

Caroline Fisher is an Assistant Professor in journalism at the University of Canberra. She is a member of the News & Media Research Centre and co-author of the annual Digital News Report – Australia.

James Mortensen is a doctoral candidate of the National Security College at the Australian National University, having previously attained First class Honours (Religious Studies) from the University of Newcastle, Australia.

Democracy Sausage with Mark Kenny is available on iTunes, Spotify, Google Podcasts, or wherever you get your podcasts. We’d love to hear your feedback for this podcast series! Send in your questions, comments, or suggestions for future episodes to podcast@policyforum.net. You can also Tweet us @APPSPolicyForum or join us on the Facebook group.