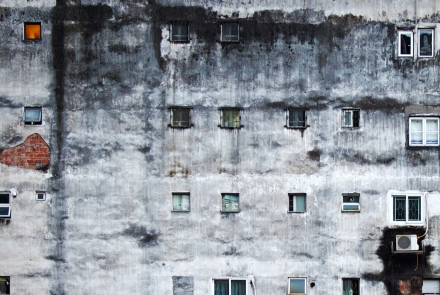 Sustainable Development Goals, or a dog’s breakfast?
Why the global goals are not quite what they seem.

Poverty is perhaps the world’s largest policy issue, affecting billions of people every day. For Anti-Poverty Week 2019, we’re focusing on what policymakers can do about it. Getting us underway, Sharon Bessell outlines poverty’s different aspects, linking a better understanding of poverty to the potential for greater action.

On 17 October 1987, over 100,000 people gathered in the Trocadero Plaza in Paris, where the Universal Declaration of Human Rights had been adopted four decades earlier, to call for action to end extreme poverty. In 1992, the UN General Assembly declared 17 October as the International Day for the Eradication of Poverty.

Since the Trocadero commemoration, poverty has become a global priority – first through the Millennium Development Goals, and currently through the Sustainable Development Goals (SDGs), which pledge to ‘leave no-one behind’. The first of the SDGs is to ‘end poverty in all its forms everywhere’.

In the three decades since, considerable progress has been made in reducing global poverty. According to the World Bank, the share of the world’s population living in extreme poverty has declined from 36 per cent in 1990 to 10 per cent in 2015. This is a remarkable achievement – but it does not reveal the whole story.

In the vocabulary of global development, ‘extreme’ poverty is used to describe those people living below the international poverty line – currently set at USD $1.90 per day. The line is designed to track progress towards global goals and is based on national poverty lines in fifteen of the world’s poorest countries.

This is a very low bar, and life for those living just above that line is precarious and shaped by deep deprivation. If we move the poverty line to $3.20, one-quarter of the world’s population lives in poverty. A little further – to $5.50 – and almost half the people in the world are in poverty.

Not surprisingly, the international poverty line has been the subject of controversy. In part because of the level at which it is set, and in part, because it only measures income. While a lack of income is essential to the experience of poverty, it does not capture every aspect.

Further, while an income-based poverty-line gives an important partial picture of poverty, it does not give policymakers sufficient information to make decisions.

In the past 20 years, increased attention has been paid to the multidimensional nature of poverty. In aiming to ‘end poverty in all its forms’, the first SDG reflects this shift. Important new approaches to measurement have emerged.

The Multidimensional Poverty Index (MPI) assesses poverty according to three dimensions – health, education, and standard of living, and has been critical in broadening the ways in which poverty is conceptualised and measured globally.

The Individual Deprivation Measure (IDM) assesses deprivation across 15 dimensions, providing a nuanced picture of multidimensional poverty that is highly relevant to policy-making.

Importantly, the dimensions that make up the IDM are based on participatory research with women and men with experience of living in poverty, mitigating problems of top-down measures and responses.

The IDM assesses, for example, the trade-offs people may need to make in accepting paid work that provides income at the expense of their health or sense of dignity; it also assesses time burdens, particularly those associated with unpaid work and care.

There is an increasing acknowledgement that poverty is about more than income, and includes both structural inequalities that keep some people trapped and the imposition of shame and stigma on ‘the poor’. Yet, the dominant way of measuring poverty remains the same.

Moreover, poverty is generally assessed at the level of the household, which means some individuals and social groups are simply missed.

When poverty is measured according to household income, we cannot know whether all members are equally poor or equally well-off. This has especially problematic implications for assessing the poverty of women and children (or more appropriately for girls and boys, given the gendered nature of child poverty).

Recommendation 13 of the Commission on Global Poverty was that both global and national poverty figures should be accompanied by estimates of the numbers of women, children, and young adults living in households with consumption below the International Poverty Line.

This is an important step forward. Another more innovative and ambitious approach is used by the IDM, whereby poverty is assessed at the individual level. This enables an assessment of the gendered nature of poverty and a deeper and more accurate understanding of which individual and social groups are most affected by multidimensional poverty.

If we assess the poverty of individuals rather than households, we are not denying the importance of the family, but acknowledging that not all members are equal. Importantly, this enables responses designed to address the needs of all – particularly those who have so often been missed or left behind, among whom children are an important group.

For 2019, in recognition of the 30th anniversary of the UN Convention on the Rights of the Child, the theme for International Day for the Eradication of Poverty is ‘Acting Together to Empower Children, their Families and Communities to End Poverty’. Child poverty has long been a focus of concern, but often without substantive or effective action.

Children suffer disproportionately from poverty: of those living below the International Poverty Line, half are under the age of 18. According to the Global MPI, 48 per cent of those who are multi-dimensionally poor on three dimensions are children. But these figures give no real sense of how poverty shapes and constrains children’s lives.

The language of empowering children, their families and their communities to end poverty is important but must not divert attention from the structural and social barriers facing poor children and their families.

A necessary first step is to better recognise how structural inequalities create poverty – and disempower poor children, their families and their communities – and to act to overcome them.

As we approach International Day for the Eradication of Poverty 2019, the debate continues around how to measure and respond to poverty – while one in ten people in the world lives in ‘extreme’ poverty, hundreds of millions more live in poverty that may feel extreme but does not warrant the adjective. Half of these people are children.

While progress has been made, we still have a long road ahead. Among the possible ways forward, the recommendation of a 2016 World Bank-UNICEF study is particularly pertinent: ‘Shape policy decisions so that economic growth benefits the poorest children’.

Or better, we could shape policy decisions to make benefitting the poorest, particularly children, the objective of economic growth.