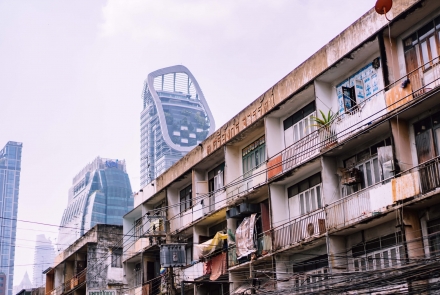 COVID-19 to push half a billion people into poverty

Australia redux – rebooting the country after the coronavirus crisis

The economic fallout from the coronavirus pandemic could increase global poverty by as much as half a billion people or eight per cent of the world’s population – according to new research.

The authors of a United Nations University study out today found that a setback of that size could reverse a decade of global progress on poverty reduction.

“In other regions such as the Middle East and North Africa and Sub-Saharan Africa, the adverse impacts of COVID-19 could result in poverty levels similar to those recorded 30 years ago.”

It is the first time that poverty has increased globally in 30 years, according to the report published in UNU-WIDER.

“The economic crisis is potentially going to be even more severe than the health crisis,” said Mr Hoy.

“COVID-19 will push tens of millions of people back into extreme poverty and they will not be able to meet their basic needs.”

It is hoped the report’s findings will propel action ahead of key meetings with the World Bank, International Monetary Fund (IMF) and G20 Finance Ministers next week.

“There is little that anyone can do to stop the world going into a recession, but this report shows just how severe the crisis could be if urgent action is not taken by policy makers,” said Mr Hoy.

The paper estimates a 400–600 million increase in people in poverty across the globe given a scenario in which per capita consumption in developing countries contracts by 20 per cent.

The report also says the potential impact of COVID-19 poses a real challenge to the UN Sustainable Development Goal of ending poverty by 2030.

One of the authors, Professor Andy Sumner, of King’s College London, said: “We were surprised at the sheer scale of the potential poverty tsunami that could follow COVID-19 in developing countries.”

The study by authors Andy Sumner and Eduardo Ortiz-Juarez of King’s College London and Christopher Hoy from ANU will be published by UNU-WIDER on 9 April 2020.

KEY POINTS FROM THE REPORT:

The concentration of the potentially new poor living under the US$1.9/day and US$3.2/day poverty lines would occur in the poorest regions of the world, notably in Sub-Saharan Africa (SSA) and South Asia.

These two regions could represent between two-thirds and 85 per cent of the world’s total poor.

For the higher poverty line of US$5.5/day, the majority (about 40 per cent) of the new poor could be concentrated in East Asia and the Pacific, about a third in both SSA and South Asia combined, and about 10 per cent each in the Middle East and North Africa, and Latin America and the Caribbean.