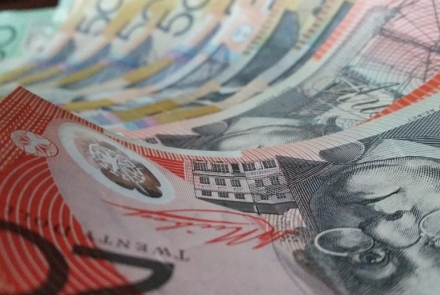 Robert Breunig is a Professor at Crawford School of Public Policy in the ANU College of Asia and the Pacific. Robert is also Director of Crawford School’s International Development and Economics Program. He teaches Economics for Government POGO8081 and regularly teaches in Crawford School’s Executive Education program.

The Covid boom we could do without

Host and Director of the TTPI Professor Robert Breunig said Australia’s current tax bases “are not up to the job of paying for the things we, as a country, want them to”.

“The burning need for tax reform has been exposed by the COVID-19 crisis and governments’ response,” Professor Breunig said.

“While it’s important that governments focus in the immediate term on providing necessary support the economy needs, we must recognise that managing the associated public debt levels – at both Commonwealth and State government levels – will be a generational challenge.
“If we don’t put in place the right fiscal structures now, we risk leaving today’s young with impossible choices.”

Professor Breunig said the COVID-19 pandemic had created three immediate challenges that needed to be addressed in the current tax system.

“First, higher taxes on those who work while those sitting on large sums of wealth don’t pay tax will crush economic growth and job creation,” he said.

“Second, a high debt from COVID-19 and a failing tax system will see the cutting of government services deemed to be unaffordable.

“And third, this will be compounded by more individuals using creative tax planning to avoid paying their fair share of taxes.”

Participants at the summit pointed out that the tax system wasn’t supporting the Australian economy as well as it should, and had drifted from its core ideals of fairness, efficiency, simplicity and sustainability.

A particular focus was that tax outcomes weren’t fair.

“Tax reform is about so much more than just safeguarding the Commonwealth government’s financing needs,” Professor Breunig said.

“Some people with high incomes pay very low amounts of tax. And people with similar capacities to pay tax have strongly divergent experiences. We need to do something about it.”

There was a widespread consensus among summit participants that tax reform cannot be simply confined to how personal incomes are taxed.

ANU Professor and Chair of the TTPI Advisory Committee, John Hewson said: “If tax reform is to overcome a rather dismal recent track record, we must get off on the right foot.

“Talking early and aiming to reaching a broad agreement on the kinds of tax adequacy and fairness challenges we face is a good place to start.”

The Tax and Transfer Institute is based at the ANU Crawford School of Public Policy and is dedicated to contributing to the evidence base and debate on the economic and social impacts of Australia’s tax and transfer system.