Home » News and events » All stories » Policy lessons from the schoolyard 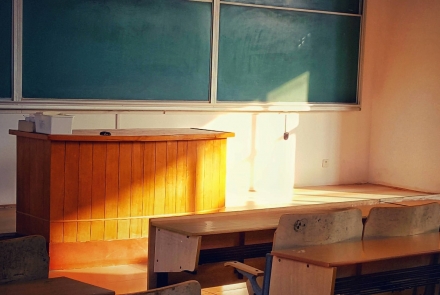 Roger Bradbury leads the Strategy and Statecraft in Cyberspace research program for the National Security College at the Australian National University.

Reflecting on his memories of growing up, Roger Bradbury wonders whether approaches to policy have changed much at all.

In the 1950s, Southport – where I grew up – was just a small Queensland coastal town subsisting on fishing, agriculture, forestry, and a bit of tourism. The town had not yet merged with its smaller neighbouring villages to form the Gold Coast. Life was quiet, provincial, and pleasant.

I attended Southport State School and accidentally learned some valuable lessons in policy, politics, and power there. I say accidental because any education in that school was a side effect of a system designed to produce a barely literate, compliant proletariat. But still, the insights I gained there stayed with me, and helped me understand how people use power and policy.

My first lesson came courtesy of the local Church of England minister. Each week, all the kids were divided up for an hour of religious instruction. Ministers from each denomination came to the school and took a class of their co-religionists.

At the time, I was in the sixth or seventh grade, and I was in the Church of England class with my mate, Terry.

Over several weeks, the minister had banged on about Noah’s Ark and the Great Flood, but Terry and I weren’t having it. We’d become interested in geology and had been sharing books from the town library. We couldn’t for the life of us find any evidence about a global deluge some thousands of years ago. We realised, from what we’d learned, that such a deluge would have left a signal in sedimentary layers all across the world, but there was none. No evidence at all.

The arbitrary nature of policy was my second lesson. The sergeant at the Southport police station visited the school to give a stern lecture to the older classes – kids who were old enough to ride their bikes to school.

He assembled the boys and spent an hour warning us that drop handlebars on bikes would not be tolerated by the police. These are the handlebars, of course, that are beloved of today’s Lycra set on their road bikes, not to mention the standard rig of the Tour de France.

Terry had a gorgeous new bike with drop handlebars and – gasp – gears. There was no way he was going to follow this instruction – and I dropped my handlebars in support. Nothing happened.

From this example we learned that policy is often capricious, and rarely based on evidence. It also often reflects the prejudices and biases of those in power dressed up in moral terms.

My last lesson also taught me about the ways of those who wield power and push policy – bureaucrats.

My seventh-grade teacher – an entirely forgettable man in an otherwise forgettable year – was the one who taught me this lesson, again accidentally. To understand this next lesson, one needs to understand something of the dead hand of the Queensland Department of Education.

This department was the product of the peculiar Queensland social compact between the churches, the big pastoral landowners – or ‘squattocracy’ – and the unions.

Queensland was to be a polity ruled by a conservative elite educated in a few private schools (called the Great Public Schools), run by a bureaucracy and judiciary drawn from both the Catholic and Protestant elite, and presiding over a proletariat who had enough education to read and write, but no more.

For over a century, this compact produced long-lasting conservative Labor and conservative Tory governments in a Tweedledum-Tweedledee alternation.

And so it was in the Department of Education, which mandated that children be given eight years schooling and, in the eighth year, take a public exam – the Scholarship – before going out into the world as dutiful and docile citizens of Queensland.

And thus it also was that the department would inspect schools to ensure that they were abiding by the compact and its realisation in the syllabus.

Our teacher told us one day in that seventh year of school that such an inspector was coming to inspect us. He said this was very important and we had to behave – under pain. The cane was a regular feature of our lives as pupils in this benighted system.

The day of the inspection came, and he welcomed the inspector to the class. Forty pairs of dusty bare feet shuffled as we rose to stand to attention at our desks. The inspector moved to the back of the room and took out his notebook, and the teacher began his lesson.

This particular lesson was on music, because apparently music was in the syllabus. The teacher drew staves, breves, crotchets and the like on the blackboard and we dutifully copied them down. He explained that this was music.

At the end of an hour, the inspector rose, smiled, and thanked our teacher, and then left. Relieved, the teacher declared recess and we never mentioned music again.

There was a tick-box in the syllabus called music, and the teacher had a Key Performance Indicator (or KPI in today’s jargon) to tick it, just as the inspector had a KPI to check his own tick-box that the teacher had conformed to the syllabus. Both were perfect bureaucrats, divorced from the content and purpose of the policies they enforced.

After the Scholarship, I left the school with these lessons in my back pocket: policy is often arbitrary and capricious; it abhors evidence; those who develop it are often devious, they seek to control others and are happy to lie to do so; and the vehicle for the delivery of policy – bureaucracy – is at best oblivious to policy content, and at worst biased by its own prejudice. Finally, most important of all, most policy prescriptions can just be, and often are, ignored.

Nothing in a long career since then spent interacting with policy-making and policymakers has led me to reconsider those lessons, and nothing has given me more joy than watching policymakers at play during the current pandemic.

I’ve watched with delight as arbitrary, capricious and prejudiced policymakers banned solitary sports like surfing and golf while they turned a blind eye to political protest marches in Victoria. I’ve been charmed by the penchant for evidence-free policy-making with the issue of face masks: at different times and in different jurisdictions face masks are simultaneously useful and useless in containing the pandemics. And I’ve smiled at the curfews imposed, not for any evidence, but because it is convenient for the police.

But Victoria’s inquiry into its quarantine fiasco – the one that caused nearly 800 deaths – was breathtaking. The quarantine policy made itself apparently, and so no one was to blame. None of my schoolyard lessons prepared me for that.