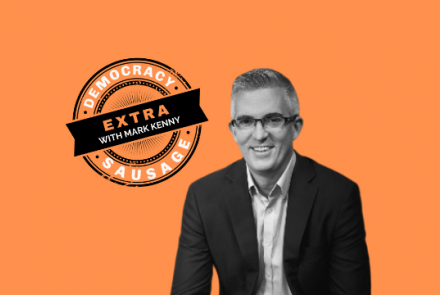 Democracy Sausage: Does Australia’s vaccine rollout need a shot in the arm?

What has 2020 taught us about Australia’s political leadership? From the devastating bushfires that affected so many in the early part of the year, to the states leading the charge on border closures to tackle the coronavirus, this year has seen dramatic challenges and some difficult choices from the country’s leaders. Insiders host David Speers joins Mark Kenny to take a look back at the year in politics.

What started as a bad year for Prime Minister Scott Morrison – marked down by a poor bushfire response and ill-judged comments about going to the footy during a pandemic – seems to be ending on a high note, with stronger than expected economic growth and a virus largely under control. But he’s not been the only leader learning on the job – with Victorian Premier Dan Andrews and opposition leader Anthony Albanese also having testing years. In this special Democracy Sausage Extra, Professor Mark Kenny is joined by Insiders host David Speers to run the rule over the performance of Australia’s leaders in a difficult year. Listen here.

David Speers is an Australian journalist. He has been the host of PM Agenda, The Last Word, and Speers, and is currently host of ABC’s Insiders.